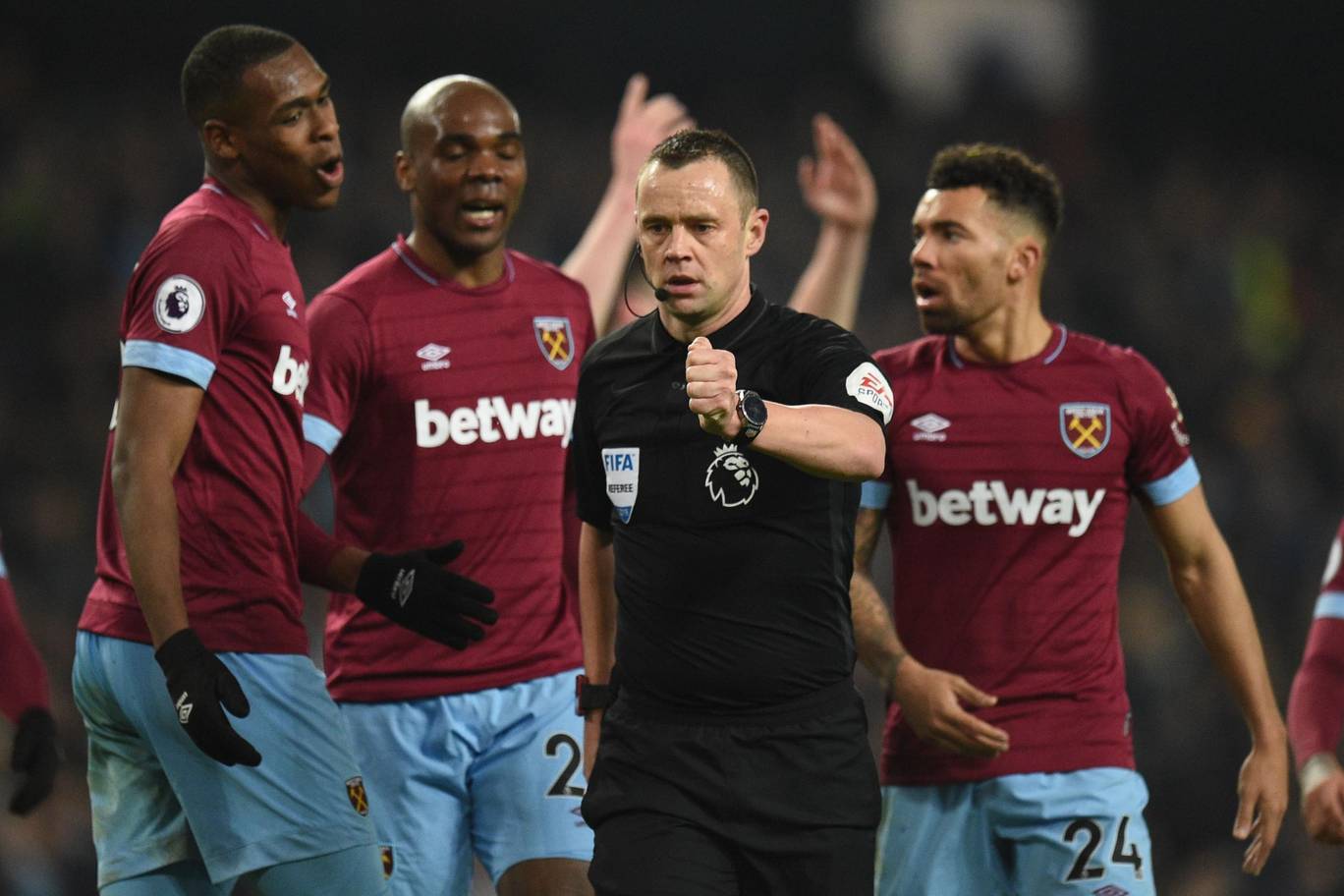 A somewhat depleted West Ham side fell 1-0 to Manchester City tonight in a hard fought Premier League match in the Etihad Stadium.  A lone penalty strike by Sergio Aguero was the difference in the match that saw some tenacious defending by the visiting Hammers, but not enough attacking pressure to win the day.

For Manchester City they entered the match with the league title within their grasp. Only a single point separated them from Liverpool.  Also, since Pep Guardiola arrived at City, West Ham has only scored three goals in six (now seven) league or cup ties.

Manuel Pelligrini had to make some creative decisions regarding his starting XI, as Marko Arnautovic fell ill to a stomach virus.  Also Aaron Cresswell suffered a training injury.  In all there were five changes from the Fulham victory.  Andy Carroll started at forward with the captain’s armband, and academy defender, Ben Johnson, was given his debut first team start against the likes of Riyad Mahrez and Raheem Sterling.

The opening half saw City maintain possession for a majority of the time.   West Ham’s back four was very disciplined in setting up the offside trap and worked well as a team to keep the hosts out of the goal.  Once again Lukasz Fabianski staked his claim to be “signing of the year.”  Also City had some disjointed play in the attacking third.   When the half ended at 0-0 West Ham had yet to have a shot.

In the second half, West Ham’s best opportunity came on an attempt by Andy Carroll.  Manuel Lanzini played the ball to Carroll behind the defense and his strike was well saved by Ederson.  The Brazillian’s save probably ended West Ham’s best chance at getting on the score sheet.

Moments later Bernado Silva was dribbling down the right side of the penalty area when three West Ham defenders converged on him.  As he stopped his movement, Filipe Anderson made light contact and it was enough to influence Stuart Atwell to award a spot kick to the hosts.

Aguero’s strike went behind Fabianski, and Manchester City took the lead 59 minutes into the match.

Watching Liverpool’s 5-0 dismantling of Watford throughout the match, the home supporters encouraged their team to increase the lead and look to the point differential, but West Ham’s defensive alignment did hold up, and despite 22 shots with 7 on target, City were unable to score for the remainder of the match.

West Ham will now go back to the London Stadium to face an unpredictable Newcastle side.  With a seventh place finish still a possibility; there remain some goals for this club, even though domestic cups and league titles are out of reach.  We all are waiting for Arnautovic to return to his consistent form.  Whether these are his final months with the club or not, he still has the ability to serve as a difference maker for this team.

One of the good stories of the Pellegrini reign at West Ham has been his willingness to bring on U-23 talent and give them a go with the first team.  The emergence of Rice, Diangana, and now Johnson not only inspires the other youth players, but also gives the club some depth without the expense of buying during a transfer window.  Homegrown talent is always more affordable.  Plus it serves as a reminder that West Ham’s academy system still remains a great source of future stars.

Be sure to follow TheWestHamWay.co.uk for all the latest injury updates and other news leading up to the Newcastle match.