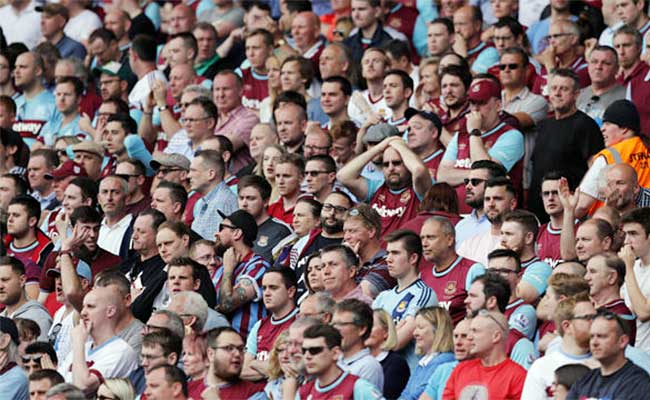 If the footballing world had a dictionary, you could look up the word ‘inconsistent’ and find West Ham United’s very own Arthur Masuaku. The club have been lucky enough to have a number of talented, skilful players over the years, as well as those that have looked like they’ve never kicked a ball in their lives, but only a handful that seem to be able to encapsulate both on a week to week basis. Masuaku seems to fall squarely into this camp. The left sided player has been with us three years this summer. He only has a year left on his contract, but has what many are calling an incredible late surge of form been enough to secure his future at the Hammers?

It was late in the summer transfer window of 2016. Having completed the lion’s share of our business, it was felt that we still needed additional competition at left back and had to be creative with our spending and, therefore, scouting. The clubs answer to this conundrum was, of course, Mr Masuaku himself.

All the signs pointed to the makings of a fantastic player. The lad was only 22 years of age but had a wealth of experience behind him, having made his Ligue 1 debut for Valenciennes at the tender age of 19, before completing a swift move to Greek giants Olympiacos (where he spent two seasons.) These three years only served to offer proof that he could compete on a regular basis and also had no problems with settling in a country that wasn’t his homeland. The £6m paid for this rising star, coveted by many of Italy’s biggest teams, seemed like an absolute steal.

Fast forward three years and everything seems a little more mediocre. Arthur has picked up 60 appearances for West Ham but still has question marks hanging over his head. The past few seasons have been a learning curve for someone still young enough to be finding their feet in the English game, yet there is a stronger argument to be had that you can’t learn that much when you don’t know what your best position is.

Arthur has played the majority of his West Ham games at left back but his positional sense is poor. This could almost be overlooked because he has the pace to get back into position when required (think Kyle Walker, our own Ryan Fredericks and formerly Micah Richards), but, unfortunately, he doesn’t have the awareness to track and pick up players. He does have killer pace, however, and his ball carrying skills border on phenomenal. His ability to drive the ball forward potentially makes him quite the attacking threat.

So, he’s a left winger. No, again, not quite. Whilst his ability to beat a man is almost Antonio-esque – with some nifty tricks thrown in for good measure – the man cannot cross a ball to save his life. Maybe this is unfair, as he did deliver an epic ball to Marko Arnautovic to score against Southampton…last season… but, generally, he avoids crossing altogether. When he does cross a ball, it’s more hit and hope. A recent video shared on social media only confirmed this, with Masuaku regularly beating two or three men before the video cuts to the next clip- with no real end product in sight. If he was that good, he’d be starting every week.

Yes, he had a reasonable end of season (though the Watford result masked some horrific defending) but the phrase form is temporary and class is permanent seems made for Masuaku- and not in a good way. He’s a defender who can’t defend and he’s an attacking midfielder with little to no end product. That’s pretty much all one needs to know about him. We could try him down the middle, a la Reo-Coker, attacking defenders, before delivering short layoffs, breaking up opposition attacks before they start but we really don’t need to.

With his contract expiring, next season will be make or break for King Arthur but he has a lifeline. We can’t really afford to replace him.