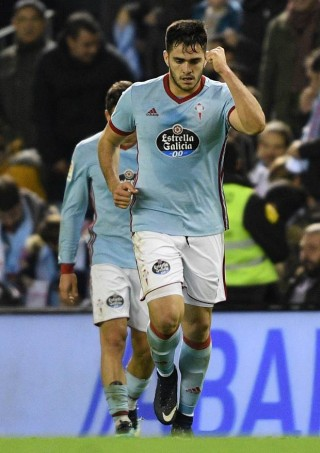 Maxi Gomez is a name many of you would have heard a lot in the last 6 months. It’s a name linked with us since Pellegrini joined the club. Pellegrini and Husillos have followed Gomez since his youth days. There is no doubt this would be a signing of intent for the manager and club. The Uruguay International who featured at the 2018 World Cup is also attracting attention from the likes of Barcelona, Valencia, Spurs, Atletico Madrid & Aston Villa to name a few and it’s not hard to see why.

Of his 13 goals last season 12 were scored inside the penalty area, 7 of his goals were scored on his preferred right foot, 2 on his left foot and 4 from headers. Gomez is a very clinical finisher which is not something he gets the praise he deserves on,  29 of his 30 La Liga goals have come inside the box.

Gomez’s side Celta Vigo had a tough season in La Liga last season. They had injuries to key players at key times and this really didn’t help Gomez or his team. Creativity in the midfield and supply from wide for Gomez was poor at times. I believe if Gomez still scored 13 goals in a poor side then with a supply line of the likes of Anderson, Fornals, Lanzini and others we really could finally have our 20 goal a season striker, I think Pellegrini knows this also which is why his so keen on Gomez.

So how does he play?…

Gomez is best described as a real handful, his a physical, strong, centre forward who can  hold the ball up and bring others into play. The interesting thing about Maxi is unlike other physical strikers you may have in mind now he has a good turn of pace and is also just as comfortable getting in behind defenders and as mentioned before he is a very clinical finisher.

Gomez has an imposing fame and has certainly used this to his advantage in La Liga; this along with being very good in the air I don’t see him needing much time to fully adjust to the physicality of the Premier League.

In a recent scout report it was said “He is always well positioned and very attentive to second balls.” Another report said “His all-round game seems to be improving, his excelled exceptionally in the air”.

Injury overview.. Thankfully not much to report here,  Gomez had a fairly injury free season only being ruled out for 2 weeks with a small knock to his knee back in October 2018. This is also his only notable injury to date since signing for Celta Vigo.

Overall there is no doubt this would be a major summer signing for us, I’ve no doubt there will be competition, Celta only signed him for €4million in 2017 and will want to profit on any sale as much as possible to rebuild their side.

I believe from what I have seen of him he would be an upgrade on what we have. A frustration some find with Arnautovic when he plays up front is he drops too  deep to get involved in the game, we then don’t have a focal point upfront, with Gomez he will hold his position and be that focal point allowing us to play off him and get higher up the pitch. With the creative players in midfield and the way Pellegrini will want us to play this could really be a next level signing for the club.