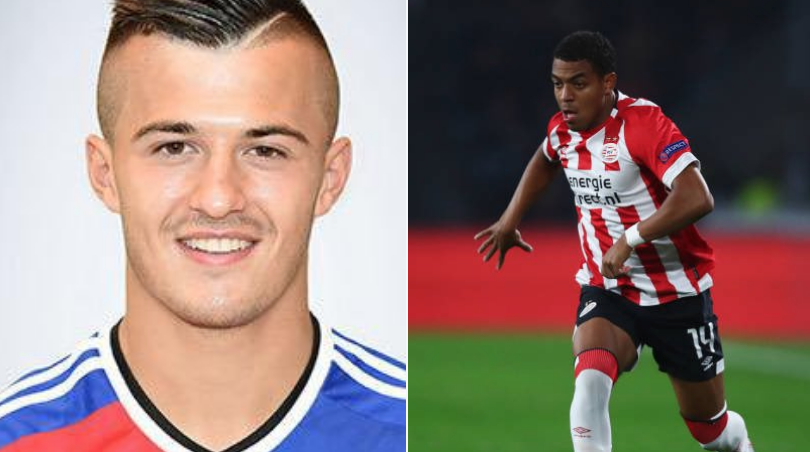 This week, the ever reliable ExWHUemployee reported on Twitter that we had a scout present at a UEFA Champions League qualifying round match between PSV and Basel last Tuesday evening. The players being watched were supposedly Donyell Malen of PSV and Albian Ajeti of Basel. But who exactly are these two relatively unknown forwards, and are either of them what West Ham need right now?

Ajeti is a Swiss forward playing for Switzerland’s top side; FC Basel. Last season Ajeti managed 14 goals in 32 league games, whilst also providing eight assists for his teammates too. Ajeti made his debut for Basel in 2014, showing he has a few years of playing experience. This experience stretches further than just the Swiss top flight however, as Ateji has numerous Champions League appearances as well as also being a full international. He has been capped seven times by Switzerland, scoring his only goal in a 6-0 victory over Iceland in the 2019 Nations League.

Ajeti looks to be a poacher, given his impressive goalscoring numbers. He leads the line in Basel’s 4231 formation, which looks to be Pellegrini’s favoured system for the upcoming season, making Ajeti a natural fit. He would cost around £10 million, although if Basel do qualify for the Champions League knockout stage, they may be reluctant to sell their starting striker.

If our interest is genuine, Donyell Malen is a name to get excited about. He has played 106 games as part of a front three, of which 44 have been on the left wing, 24 the right and 38 as a striker. These numbers show he is extremely versatile, being able to provide cover in a number of positions. His goals to minute ratio was exceptional last season, scoring a goal every 96 minutes in the Eredivise, whilst setting up his teammates on four occasions. The 96-minute goal-to-minute figure is very impressive, given that Ajeti’s was 169 in a much lesser league. Malen also has Champions League experience, playing in all of PSV’s games last term; meaning he has played against finalists Spurs and European giants Barcelona.

Malen was once a part of the Arsenal academy, perhaps meaning he is more adept to the English game than Ajeti would be. However, a major stumbling block if we were to pursue Malen, is his agent; Mino Raiola. Raiola has a number of high-profile clients such as Paul Pogba and Zlatan Ibrahimovic and he certainly looks after his and his players’ pockets when brokering deals. The interference of Raiola means we may have to pay a premium to acquire Malen’s services, although Malen is very talented and could definitely be worth the investment.

Comparing the two forwards is extremely difficult as they are both so different. Ajeti is a classic poacher, he has International experience, he is a bit older than Malen and would probably be cheaper. However, Malen’s versatility is a real asset and cannot be underestimated. Malen also possesses blistering pace meaning he would be able to run in behind the defence, something our other striking options cannot do.

Given that UEFA Coefficient rankings have the Swiss Super League as the 20th best in Europe – meaning the overall quality of clubs in the league is worse than Cyprus, for example – it’s not entirely convincing that Ajeti is the right man for us. Malen provides greater versatility and a better goal-to-minute ratio despite playing in a tougher league and occasionally on the wing. Both Ajeti and Malen scored in the match our scout went to see last week. Despite this, Malen seems to be the superior player and he is who we should pursue.

No matter which player we opt for in the end, it is just exciting that we are looking to invest in young forwards especially when Danny Welbeck and Daniel Sturridge are both available on a free. A few years ago, they would have been West Ham players by this point in the window. It is exciting to see us progressing as a club by looking to the future.