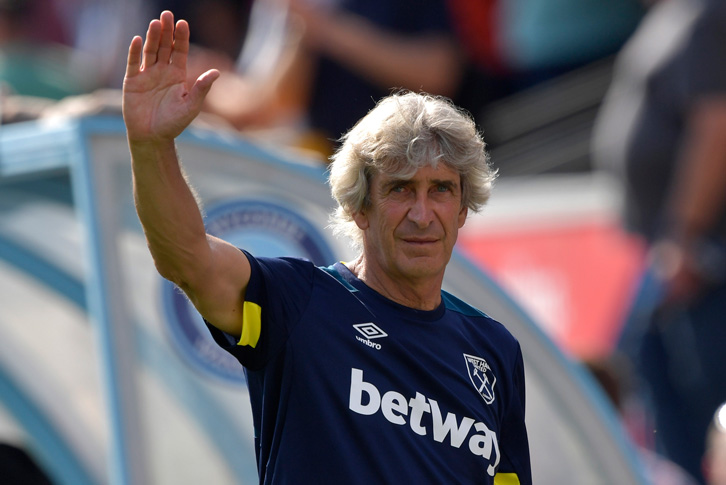 It hurts more than we can bear to be back here. We’d though we’d moved on from mediocrity and consistently being inconsistent. But our team is underperforming, and sadly you look bereft of ideas and there is no fight what so ever in the squad, no matter who is playing. Despite being here before this time round the problem feels bigger. Maybe it’s the level of expectation we bought into, maybe it’s your profile as a manager or the level of outlay by the club in the past few seasons but none of us expected for this season to feel so shockingly familiar to our disastrous recent past. With respect, Mr Pellegrini, the team isn’t playing for you or us.

Everyone is sure it’s being caused by our terrible backup keeper, tactics that don’t suit the players we have, your stubbornness as Manager, glacial passing style, a soft midfield, a confused and slow defence, a striker not receiving service, not enough leaders, lack of fight, poor transfers, not enough strength, power or pace, crap Director of Football and on and on the list goes. While, there is truth in many of these issues they come short in fully explaining the whole truth of where we are.

All of the issues above are resolvable with time, money and hell of a lot of energy but even if there were all solved we’d still be missing something. A part of us that we haven’t found or come to terms with. Let alone, be honest enough to address in any real way. In our search for more, the next level, the top six, Europe, a Cup or how ever we describe it our desperation for success keeps leading us away from who we are as a club at heart. It’s about identity. Who we are, who we claim to be and what we can hold onto in the toughest of times.

In our search for success so far, we’ve been a defensive longball team under Sam Allardyce, then a counter-attacking team under Slaven Bilic to a grinding team with David Moyes and we are meant to be an all-out attacking team with you. But this isn’t about the style of play. We’ve gone from buying experienced or “past it” mercenaries looking for a pay bump, to looking for freebies and cheap deals to spending big on noted foreign players before their prime who are looking for the promised land of Europe. But again, this isn’t about our transfer strategy. We’ve even literally changed spiritually. Moving from our home to the land of the bigger, “better” and next level. But this isn’t about where we play our football. You may think you know how much this hurt but we can assure you, there is still much to understand. It was a piece of who we are, a large piece but thankfully not the total sum. A couple of seasons ago even another touchstone of West Ham, the Academy of Football could rightly have been questioned about its place in our priorities given the lack of local players. You are credited with improving parts of this but so much more is needed. Players who live and breathe the club are vital for us. Change is inevitable and there is no doubt we’ve had more than our fair share of it lately. But in that change, who we are has been chipped away, twisted and contorted into a team a club that no longer feels true and our performances lay that bare.

Nothing is wrong with changing tactics or buying players depending on what you can afford. None of this means you have to change your identity; not even changing your home. But how you do it should be central to who we are. Watching the last few games the players are even unsure of who we are and what can they hold onto when they go a goal down. Should they defend, should they press, should they run flat out, should they go on the attack? No one is sure which way is the current West Ham Way.

They say adapt or die and for your technical attacking flair to work in East London it must be built on the following West Ham bedrock:

We must be the hardest working team every week.

We must see passion from the whole team week in week out.

We must see players who understand truly what it means to wear the shirt.

We must produce quality local talent and they must be given opportunities to play.

We expect positive football, played hard and played the right way with skill at pace!

We expect to have a genuine connection to players, staff and those running the club.

We are Dreamers so give us hope. But never doubt the need for positive reality.

And we’ll tell it to you straight no matter what and expect the same in return.

Despite what many people currently believe of you Mr Pellegrini and our “current moment,” you are a quality manager – but whether you are the right manager for us we will find out in the coming weeks. Your consistent mantra of the “Big Club Mentality” has brought you considerable success so it’s natural to be reluctant to change – but it’s a mentality that’s simply not ours and one that the players aren’t fully buying into. A cookie cutter mentality of what a big club is meant to be won’t work here. We aren’t Man City or Real Madrid not even Villareal. We have proud history that’s been mistreated and we have dreamt long about what a big club or success means for us and it’s not reserved, patient or mild. Its everything listed above done with claret and blue passion. We hope that you fully come to understand the need not just for change but an evolution of your ideas in matching with the identity of the club you are honoured with running. Because the only way we’ll get to the promised land together is by being true to who we are and improving how we do it. Embrace East London Manuel. COYI