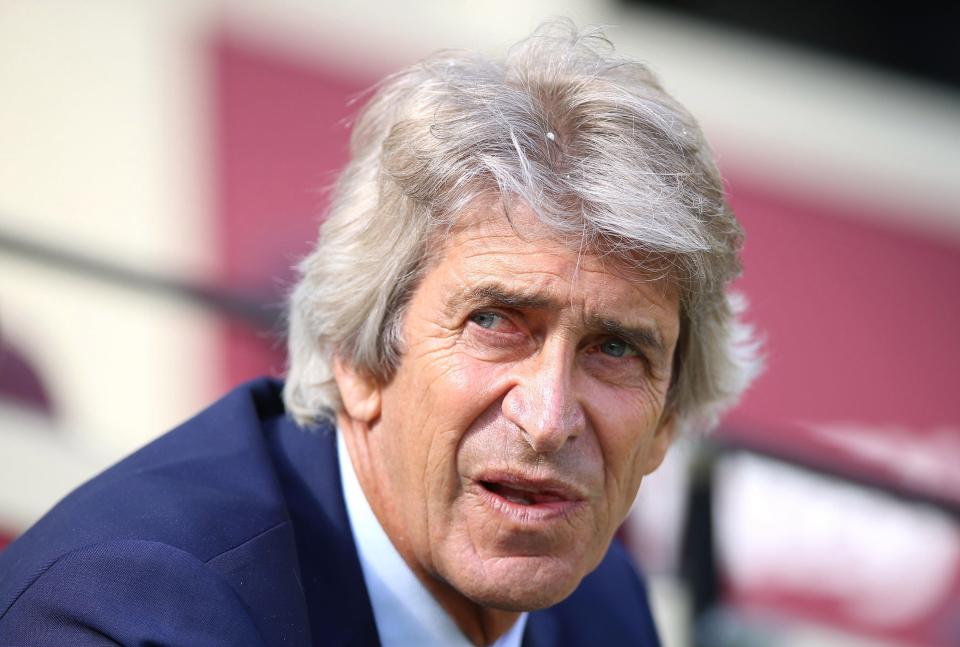 ‘West Ham manager Manuel Pellegrini will be given the chance to turn round the club’s alarming slump in form.’ – BBC website 11 November 2019

So that’s agreed then – a new manager it is. There’s nothing like a vote of confidence to secure a manager’s doom.

The Davids are not quick sackers but two or three more no shows by the players and they’ll have to be thinking about it. Even while they are fully behind the current manager – as only chairman of football clubs can be – they need to be thinking about their options. The current run can’t be allowed to continue.

Let hope it doesn’t come to that and West Ham soar up the league – but if they don’t, who might be in contention to fill Pellegrini’s shoes?

We have already experienced most of the older British managers who get mentioned when you’re struggling, such as Allardyce, Moyes and Pardew. Pardew would probably snap your hand off but after his West Brom debacle you would have to be mad to offer it to him. The only one of the old guard who might get the call and is available is Tony Pulis. You don’t get much football with Pulis but you don’t get relegated. Let’s hope it doesn’t come to that.

The kind of name most fans would like to see in the frame is Eddie Howe. And why not? How much further can he take Bournemouth? The problem is that it’ll never happen. West Ham will approach Bournemouth and be told to sling their hook. Howe is under contract. We need the club’s permission to approach him. We won’t get anywhere near him.

If we do decide to make a change we can’t afford to be in weeks of negotiation. Any other decent manager who is working is a near impossibility for the same reason. Indeed, Gold and Sullivan have never appointed a manager where they have to pay compensation. All their appointments – Grant, Allardyce, Bilic, Moyes and Pellegrini – have been free agents.

It makes sense to avoid protracted talks that may not end up going anywhere or paying compensation that cuts the transfer fund.

So who is out there and available who will stop us having to experience the joy of the football that Tony Pulis inflicted on Middlesbrough fans to no great end result last year? There is one outstanding manager with an extraordinary record of achievement to consider. He probably won’t come but it’s got be worth a phone call.

No it’s not the miserable one who transformed Manchester United from a underperforming overpaid outfit into an even more underperforming and overpaid at great cost. It’s Massimiliano Allegri. In the five years he was at Juventus he won the league five times and won the cup in the first four of those. He also got to the Champions League final twice and earlier in his career won the league with AC Milan when they hadn’t won it for a while. Davids; it’s got to be worth a call.

Outside of that there aren’t lots of startlingly good candidates. Giovanni van Bronckhorst won the Dutch league for Feyenoord, their first title for 18 years and is not working. There are rumours though that he is being lined up for a job at City.

So Eddie if you’re reading this and we have just been embarrassingly beaten by Tottering Hotspuds – stick in your resignation – and Massimiliano, make sure you answer that phone.