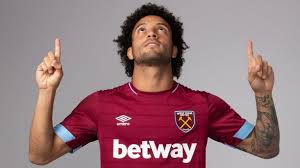 Graham Keeffe > After a tumultuous 18 months, Felipe Anderson has finally secured a move away from West Ham United. The Brazilian international has rejoined Serie A side Lazio for a fee estimated to be around £2.6 million (per EXWHUemployee). The Hammers will also receive 50% of any future sale price for the winger.

Anderson arrived at West Ham in 2018 as a then club record signing (£36 million). Under Pellegrini, the Brazilian was a firm favourite and made 36 league appearances in his first season. Demonstrating pace, strong dribbling attributes and a keen eye for a cross, Anderson finished his debut season with 9 goals and 4 assists. Brazilian flair appeared to have well and truly arrived in East London and arguably, he seemed to set to justify his price tag. Unfortunately however, the stars failed to align for his second season as Pellegrini departed and West Ham struggled.

Despite being afforded opportunities to impress under Moyes, Anderson could not replicate the successes of his first season. The words “form player” quickly became associated with the Brazilian as he managed a measly 1 goal return from 25 league appearances. With the Hammers needing fighters to stave off relegation, the confidence-stricken winger found himself falling out of favour under Moyes. It became evident that Anderson was not suited to the Scot’s play style and as such, a loan move was preferred for the 2020/21 season. Porto seemed the perfect opportunity for him to rekindle his form, particularly given that the Portuguese club would have greater need for squad rotation with European competition.

Despite the cautious optimism of fans that he could play himself back into form or perhaps make himself attractive to potential suitors, Anderson’s time at Porto was one to forget. His relationship with manager Sérgio Conceição was fraught with difficulties from the off. It was suggested that Anderson did not work hard or apply himself in an appropriate manner at the club and this was the reason behind him making just 5 appearances. Anderson reacted to these rumours at the end of the season stating that the manager simply didn’t give him the opportunities to play.

Felipe Anderson is unquestionably a talented footballer. During his first stint at Lazio, he racked up 34 goals in 177 appearances and attracted the attention of some of Europe’s biggest clubs. In 2016 he was included in Brazil’s Olympic squad that won gold. He even appeared in the final. From a West Ham perspective however, he will unfortunately be remembered as another big money signing who fell short of his true potential. Yet, at 28 he still has plenty of good years ahead of him and with the sell-on clause in effect, he may just be able to do West Ham one final favour. We wish Felipe all the best in his future endeavours and thank him for his time at the club.