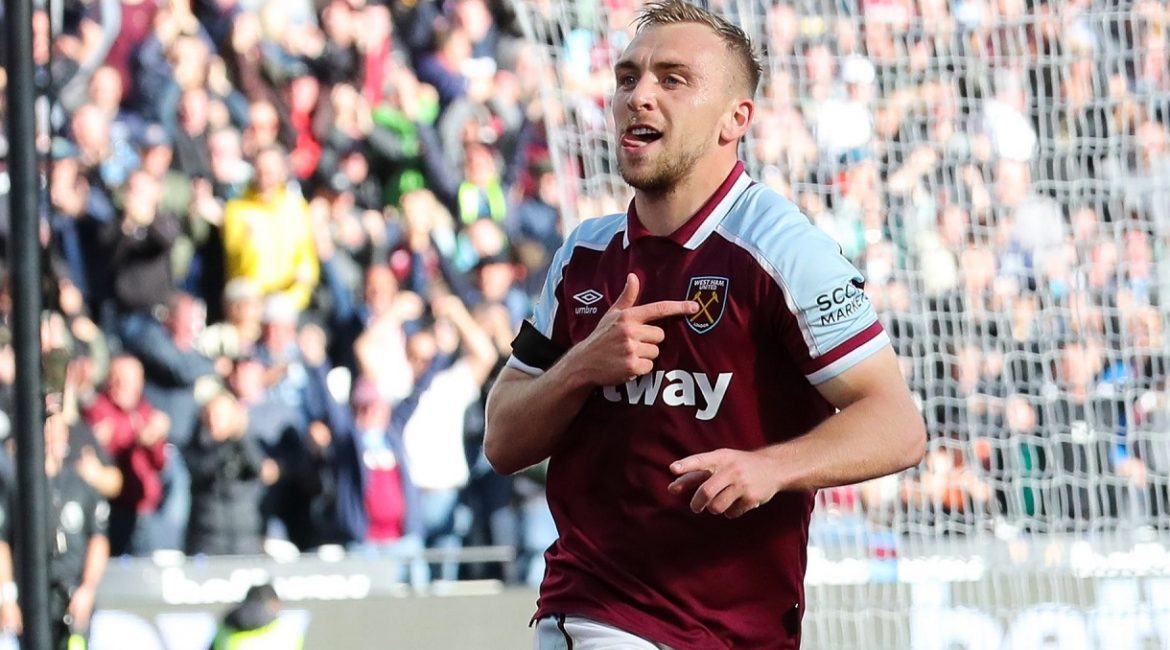 Jarrod Bowen was the star man on Wednesday night when West Ham climbed back into the top 4 of the Premier League with a convincing 2-0 victory over strugglers Norwich at London Stadium.

The Irons attacker was pivotal throughout the game and continued his fine form this season which now has many in the game asking if he’s in line for an England call up.

“I think it was a good performance,” said Bowen. “We know that Norwich are a good team and they’re fighting for points and they were at it and we had to put the barricades up at times.

“But under this manager we’ve really thrived by hitting teams on the break and got our way into games and I think with the attacking threat we’ve got, we’ve always got a goal in us.

“When it was 1-0 it’s always a bit nerve-wracking, so then to get the two-goal lead was nice.”

Bowen acknowledged that there was a recent spell where consistency was looking slightly lost in the group, however stressed this is now firmly behind our Hammers as we march on in our quest for a Champions League spot this season.

“I think we’ve got the consistency back,” he added. “We hit a bit of a rough patch but it’s going to happen and we were disappointed in our performances.

“It just shows the standards the manager has set and us players have set ourselves and ever since that Southampton game we’ve looked back to our best again and tonight was another really good performance.

“We’ve got another game at the weekend that will be really tough for us, but keeping that winning feeling is really nice for us.

“All we can do is keep going about our business, keep winning our games and keep doing what we’ve got to do.”