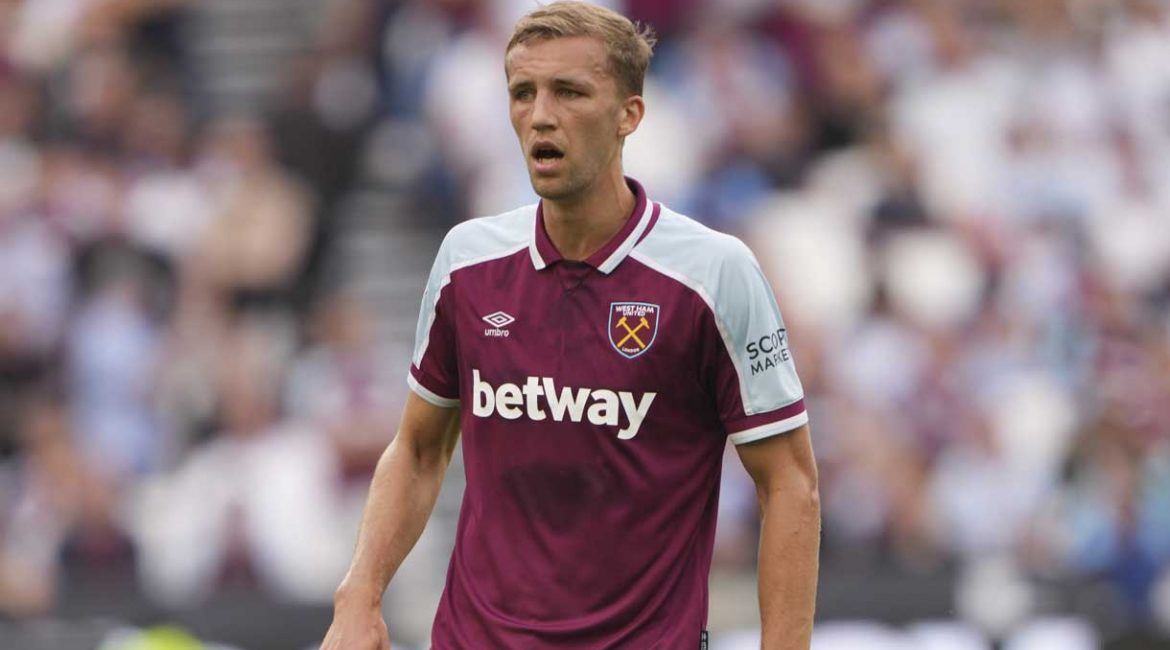 Tomas Soucek has spoken of his and his teammates desire to take advantage of being at home for the second leg against Sevilla in the last-16 round of the Europa League.

West Ham currently trail 1-0 in the contest, but the performance during the first leg in Spain certainly showed that this match is far from over, and the Czech international is eager to take the chances when they arrive on Thursday night.

“I’m really looking forward to the game,” said Soucek. “I know I want to beat Sevilla.

“We managed to beat them three years ago in extra time in the same round, when I was with Slavia Prague, and I hope it happens again on Thursday because it is a huge opportunity.

“But we need to score and I hope, on Thursday, in front of a full stadium, we show our quality and make the most of the opportunity. I was close on Sunday but we finally won the game [2-1 against Aston Villa in the Premier League]. I didn’t need to score in the end but hopefully I’ve saved it for Thursday’s game.”

The win in the Premier League over Villa at the weekend presented an emotional moment when Andriy Yarmolenko opened the scoring, following what has been a traumatic time for the Ukrainian with the awful events currently taking place in his homeland.

Soucek touched on what has been a tough spell for Yarmolenko, but also expressed his delight in seeing Yarmo back on the pitch and once again amongst the goals.

“We are really close and we speak with him about everything.,” added Soucek. “We know how hard it has been for him, his family and for his country.

“It’s been a really time for him and no one who is living in another country can really understand what he’s going through. I’m just really happy that he and his family are here and are healthy, and especially that he could play today. He did the maximum and he deserved to score. I’m so happy he did because he’s a great guy.

“I saw from the pitch that the whole stadium was clapping for him. It was a lot of emotion. I’m so happy for it. He showed his quality in a tough time. He scored the goal in a win and that’s great.”