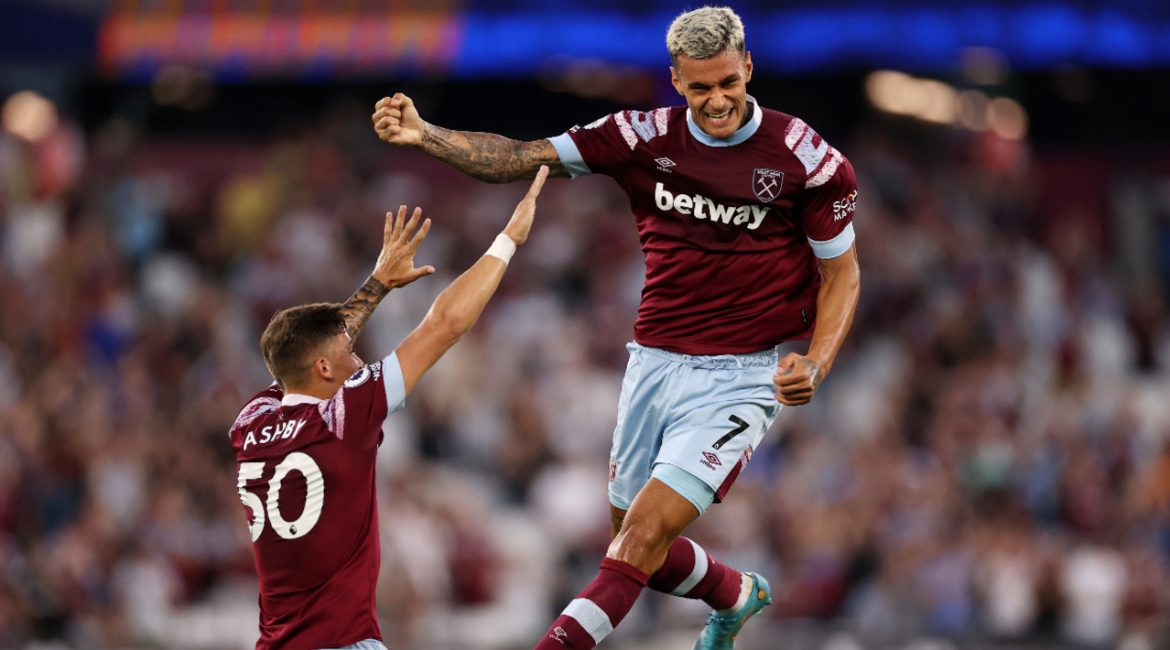 It wasn’t the most comfortable encounter at times, however our Hammers looked a threat and it was a welcome sight to see new arrivals having a major impact on proceedings.

New striker signing Gianluca Scamacca made his first start for the club and it took the Italian just 23 minutes to get on the scoresheet, with a bullet header into the corner following excellent work from fellow new signing Max Cornet.

The visitors however didn’t fold and proved their worth with some well organised football that West Ham had to be vigilant to deal with.

The second half saw an increase in tempo from our Irons as we looked to put the 1st leg and hopefully tie to bed, and we were rewarded when Jarrod Bowen opened his account for the season with a sublime shot beyond the keeper.

Again though, the visitors didn’t lay down and managed to pull a goal back in quick fashion through Jakob Bonde’s header just 5 minutes later.

West Ham though responded, with the introduction of Michail Antonio and Said Benrahma giving us and extra burst of energy, with both then putting the match to bed soon after.

Benrahma produced an excellent weaving run through the defence from the left wing, to then pull back for Antonio to poke home and put David Moyes’ side in control going into the second leg next week in Denmark.

Sunday now awaits against bogey side Brighton, with everyone hoping this result can kick start our season and get the goals and results flowing.