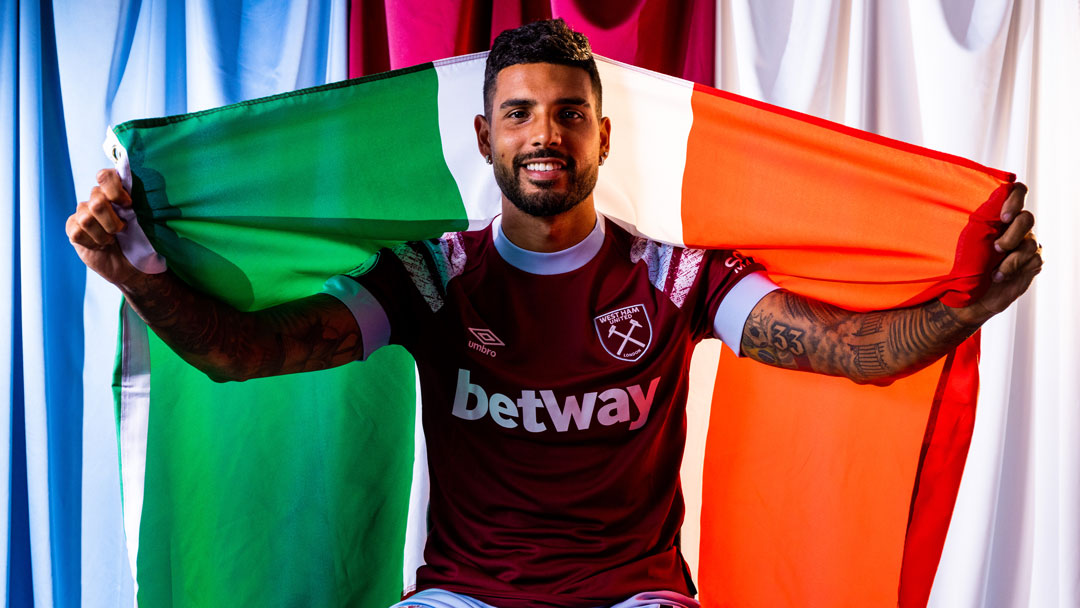 New signing Emerson has stated he is here to win things at West Ham following his move from London rivals Chelsea.

The Italian left-back completed his move across London in a deal worth £15m, and he has told the clubs Official Website that he is here to win.

“The project is clear,” stated the clubs new number 33.

“To try to win every game and to try to make a good season because I think that’s our level, the level of this team, and the Club deserves it. The project is this, it’s clear, and we have to try to make this way.”

The club are in the midst of a difficult period and want to get back to winning ways and fast, and Moyes will be hoping the winning mentality of Emerson will be a huge boost to the dressing room.

“I would describe myself as a player who puts in a lot of hard work and a lot of intensity and with a good mentality because I always want to win every game,” added Emerson.

“In training as well, I like to win, and I wake up every day with this mentality and, for sure, I will put this on the pitch.

“I always see the big clubs and I always watched the big games and I know the history about West Ham. The history is so, so big for this team and of course [so are] the stadium and fans as well at this Club, so when I knew about the interest, about the team and the Club, for sure I said ‘Yes, let’s go, I want to go there’ and I’m here now!”