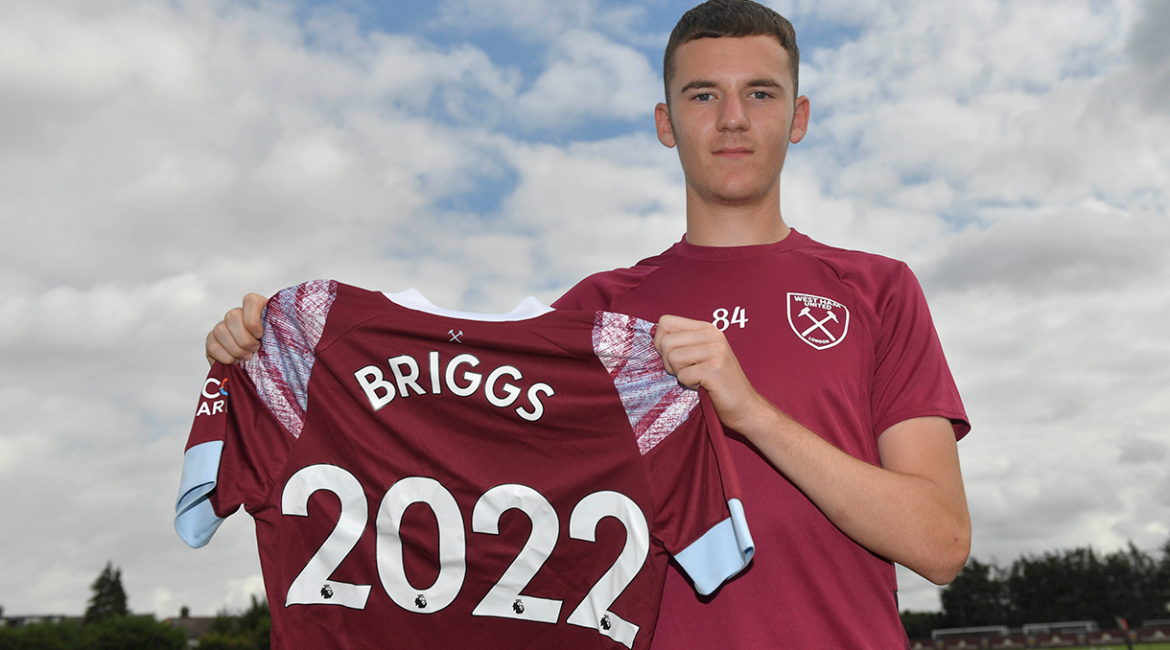 The new faces at West Ham keep coming, with Josh Briggs the latest recruit to join our Academy of Football. The young centre-back teams up with fellow countrymen Michael Forbes, Patrick Kelly and Callum Marshall for the 2022/23 campaign. All of whom have made the switch from Northern Ireland to East London in recent seasons.

A talented 16-year-old, Briggs is considered one of Northern Ireland’s brightest young talents. Having donned the claret and blue for the U18s and U19s during pre-season, Briggs finally made the move permanent when he put pen-to-paper on scholarship terms.

Speaking with WHUFC.com on his move to West Ham United, Briggs said “West Ham United is a great Club. It’s a traditional club with family values at the core. Everyone is very supportive of each other here, and looks out for each other. There is a high standard across the entire Club, with some exceptional players, and I’m looking forward to developing here.”

Having already been involved with the U18s this season, Briggs knows exactly what Kevin Keen and his team will be expecting of him – “The standard of football here is very high and I will need to work very hard to get into the team. That’s my first target, to earn a place in the U18s. Kev has helped me to develop a lot already. He’s a very experienced coach and he is going to be a great person for me to be around in the next couple of years.”

Good luck with your development, Josh!