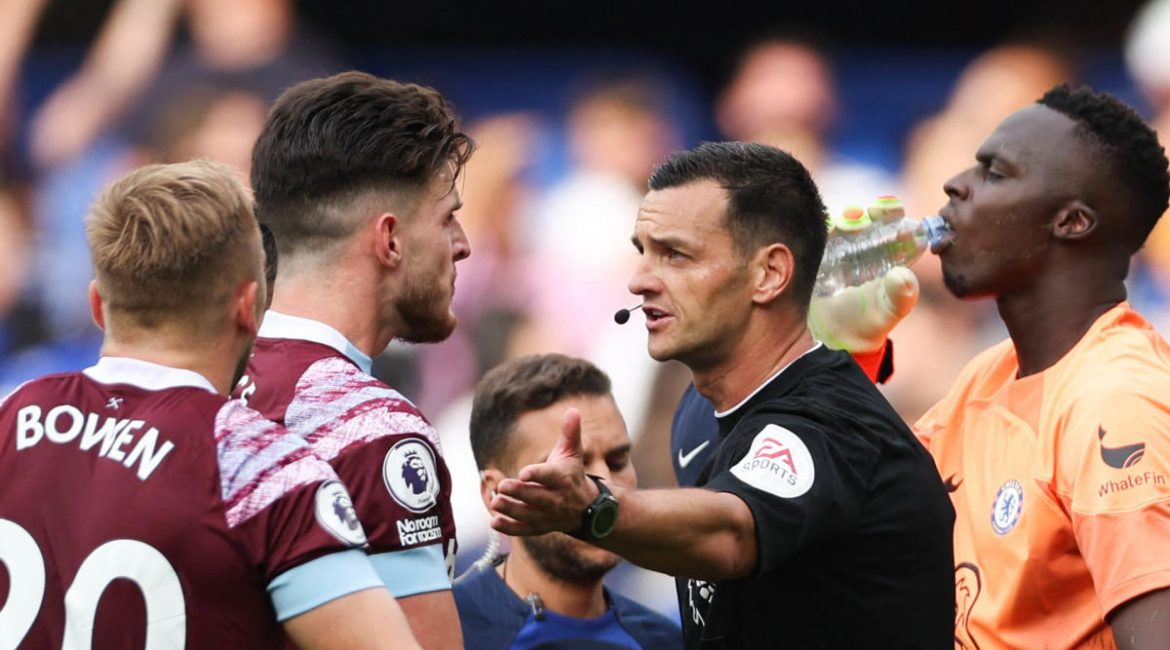 West Ham were once again victims of an appalling call from officials to be denied a point having lost 2-1 to Chelsea.

The scores were 2-2 in the dying minutes but Max Cornets late leveller was ruled out for a foul by Jarrod Bowen in the build up, despite all quarters in the game stating that no foul was committed.

West Ham took the lead in the match after a spirited display through Michail Antonio, however Chelsea levelled soon after through Ben Chilwell.

The hosts were then in front as Kai Havertz put Chelsea ahead with 2 minutes left to play. West Ham then responded fast when Max Cornet netted a sublime goal into the top corner.

Then once again another disgraceful call was made as the referee consulted the monitor to deny West Ham once again, in a decision that many will be left wondering what has happened to our game.

“The goalkeeper comes to take it, and actually fumbles it out of his hands five or six yards, so he could never recover it,” Moyes said to the BBC.

“Then he acted as if he had a shoulder injury. I’m amazed that VAR sent the referee to see it.

“It was a ridiculously bad decision. I’d question VAR as much as the referee, but the referee should have stuck to his own guns – there is no excuse for that not to be a goal, none whatsoever. The sad thing is this is the level of the weak refereeing at the moment.

“I think the worst thing is we’re sitting and watching it. We’ve been told there would be more contact. But that sounds as if there’s no contact with any goalies, and we didn’t get told that.”