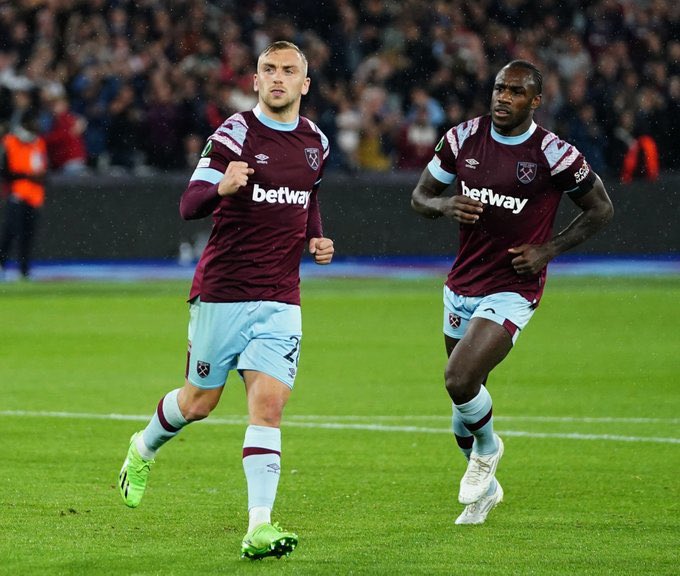 West Ham came from behind to overcome FCSB 3-1 at London Stadium after a commanding 2nd half performance.

In a match which our Hammers dominated much of the proceedings, David Moyes’ side were guilty of wasting plenty of opportunities to take control, and were subsequently punished when the visitors took a shock lead in the latter stages of the first half.

Our defence were caught napping as Cordea was free at the back post to fire beyond Areola to shock the London Stadium.

West Ham though regrouped well and ended the half strongly, giving the feeling that the second half was one we were eager to get started. A half time team talk was needed to add a more clinical edge to our play.

David Moyes indeed rang the changes as Antonio, Bowen and Paqueta were introduced which immediately gave our Hammers a extra gear to overturn the 1-goal deficit.

West Ham then produced a ruthless display with Downes particularly impressing and were level on 69 minutes from a well-taken Jarrod Bowen penalty. Max Cornet was clattered into by the visitors goal keeper and the referee pointed to the spot. However the challenge saw Cornet depart for Fornals with a suspected concussion.

Emerson then fired West Ham ahead following some excellent work from Antonio and Paqueta, with the left back firing a deflected shot into the bottom corner.

The match was then put to bed in the dying stages when the impressive Antonio smashed in when sent clear on goal to wrap up the points and get David Moyes’ Irons flying in Europe once again.