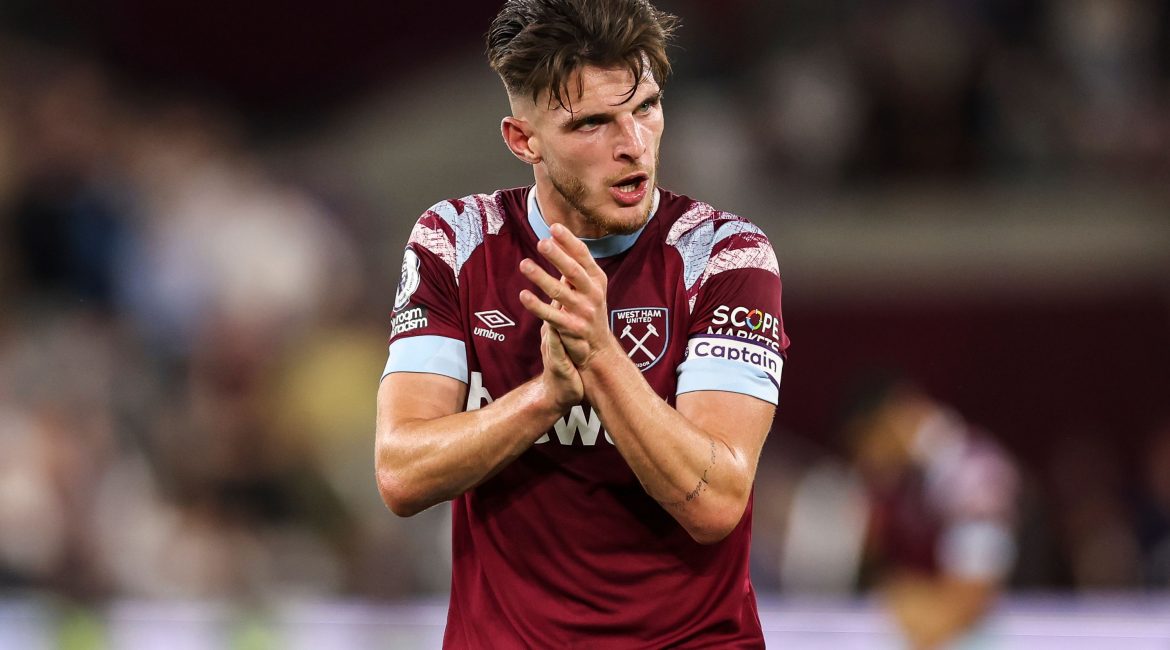 Declan Rice was understandably down and disappointed following another poor result in the league at the weekend.

West Ham fell to a 1-0 defeat at Everton which leaves our Hammers in the bottom 3 after 7 matches played, heaping the pressure on David Moyes.

Rice though didn’t pull any punches and said a big reaction from West Ham is needed when we face Wolves next after the international break.

“We need a big reaction after the international break. That’s the way forward now,” Rice bluntly told the Official Website.

“We need a reaction and we need it fast. The last two years have been incredible but they’re only memories now. We’re down the bottom of the table, which isn’t a good thing, so we need to pick ourselves up and get out of that. It’s down to us”

Rice admitted that the side simply haven’t learnt from mistakes this season and he is eager to get the front attacking players firing, and noted that our Hammers need to take far more care when in posession of the ball.

“If you look at the quality we’ve got and the amount we give the ball away by making silly decisions, we can’t play like that,” added Rice.

“Us as players, we just spoke about that in there. We need to be better at keeping the ball, passing the ball and moving the ball.

“I want the front players to play as freely as possible and feel like the best players in the world, but if we keep making the same mistakes and not learning, it will come back to haunt us. We did that in the first half and next thing they get a goal and hold on for the three points.”