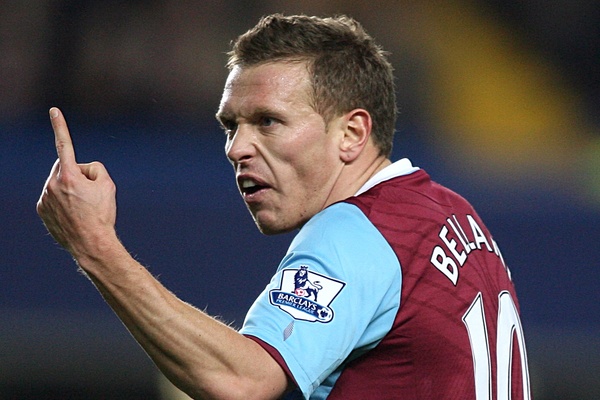 Former West Ham player Craig Bellamy has opened up on what it was like playing for the Hammers and our fans when at the club almost 15 years ago.

The former Wales international headed to East London from Liverpool in a big move at the time under the stewardship of chairman Eggert Magnússon, who took over the club much to the excitement of the West Ham faithful.

Bellamy became an instant fan favourite and showcased his qualities in the claret & blue, although much like his career elsewhere, injuries played a significant factor in his spell at The Boleyn. However, not only is Bellamy fondly remembered by the West Ham fans, the former Irons striker has very positive memories for his time at the club.

The Welsh hitman this week spoke of his time in East London to The Central Club Podcast, and shared his thoughts of not only his enjoyment of playing for West Ham, but also paid huge compliments to the fan base that took to Bellamy so well at the time.

“It’s such a special club,” exclaimed Bellamy. “You never leave, it grips you. Once you play for them you’re like: ‘ah I get it now!”

On the fans, the Welshman stated that the knowledge set them apart from other fan bases, and certainly would not suffer fools.

“They get a bad rep, the fans,” stated the former Liverpool striker. “They were brilliant, the most knowledgeable I have ever played for. You couldn’t id them!

“Some fans would cheer if their player kicked another, but so what if he gives the ball away every time? West Ham fans wouldn’t accept that – you’ve got to be a good player as well.

“If things aren’t going well, but you’ve got the balls to go and play, then they’re with you then.”

Bellamy also reflected on his exit in 2009, when the striker departed for the richer powers of Manchester City, stating that he never wanted to leave the club and fans he was so happy to play for.

“I had so many happy memories I honestly never wanted to leave, ask anyone!”