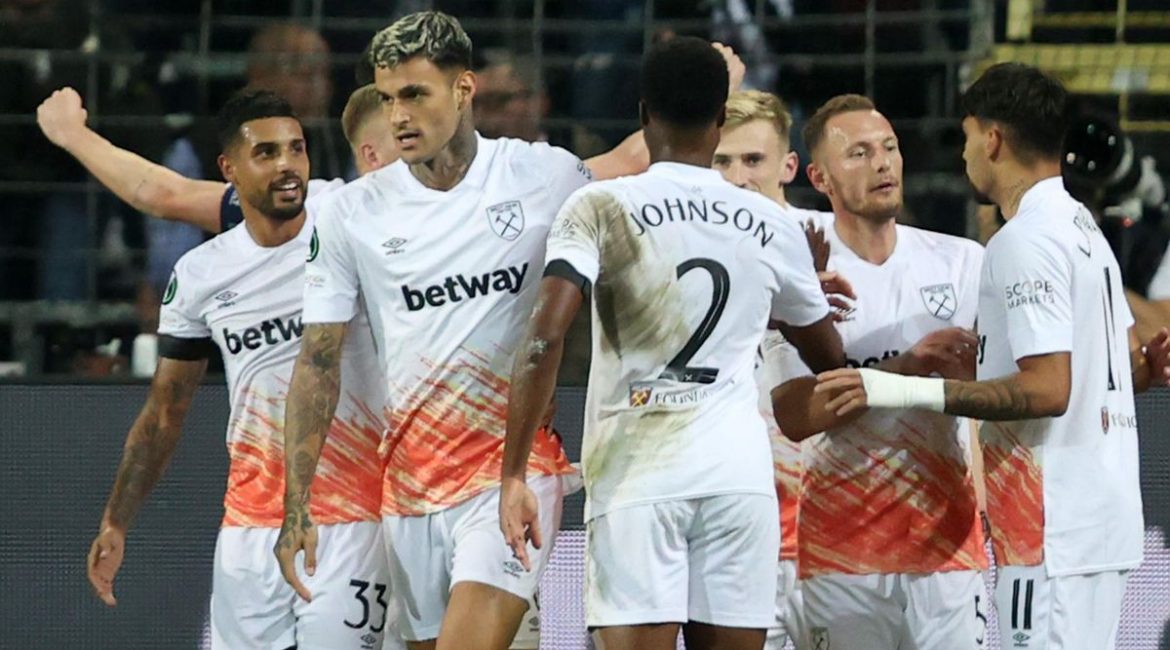 West Ham made a significant stride towards the knockout stage of the Europa Conference League with a professional victory over Anderlecht in Belgium.

It was an open match from the off, with both sides eager to gain a victory in a huge match in Group B of the competition, with a win for our Hammers making our chances of qualification all but secured.

The home support along with our travelling fans made the atmosphere electric as both side battled to take control of proceedings.

Overall in the opening half of play West Ham were guilty of some wasted opportunities, with in Said Benrahma in particular wasteful in front of goal. Jarrod Bowen pulled back for the Algerian to score but unfortunately the ball was slightly behind thus making the shot fire way over the bar.

The first half drew to a close with West Ham needing the break, to regroup after a relentless match so far, with both sides eager to grab all 3 points.

The second half started brightly with David Moyes’s Hammers showing a real intent to get the job done in Brussels. West Ham probed and looked a threat with the same lineup eager to gain the advantage in a tight affair.

Moyes though ran the changes when in mattered, introducing Rice, Paqueta and Scamacca to the proceedings which ultimately made a huge difference.

With just over 10 minutes left our Irons took a sublime lead, when Coufal pushed the ball onto Paqueta, who beautifully layed the ball on point to Scamacca who then fired home in the bottom corner.

Overall it was a just result from the performance, with another professional showing from David Moyes’ Hammers delivered in Europe.