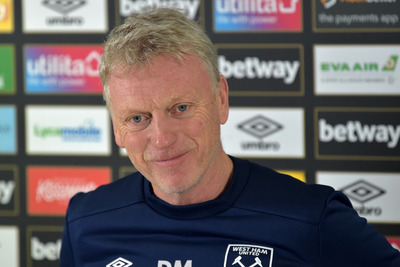 David Moyes is eager for his Hammers side to cap off a positive week with the visit of the visit of Fulham on Sunday after back-to-back victories.

The Hammers boss recognises that his team are on the cusp of turning a big corner this season after a slow start to proceedings in the Premier League, with West Ham in the hunt to make up the points lost with some favourable matches incoming.

Fulham have made a promising start to the campaign after gaining promotion, however they suffered a 4-1 hammering last week at home to Newcastle which could knock the confidence ahead of their trip to London Stadium on Sunday.

West Ham on the other hand look a team who are starting to click, with the new arrivals getting up to speed and others regaining form that had been absent for the opening weeks.

This weekends game presents a huge opportunity for Moyes and his players to show the league we are back in business and ready to climb the table fast, having toppled Wolves last week with relative ease and then gaining a huge victory in a tough encounter against Anderlecht in Belgium.

The victory in the Europa Conference League on Thursday was particularly pleasing in that Moyes was able to flex the quality in the depth his squad now possesses, showing that there is real potential in this side to match or even better the accomplishments made in the last 2 seasons.

Speaking to the press ahead of the game on Sunday, the manager was quick to highlight the importance Sunday is to this season, in that momentum is building and must not be hampered by the visit of the Cottagers in the London derby.

“I think it is huge if we can continue to build up that momentum,” said the Irons boss. “We want to try and get on a run. We want to try and go on a run of victories. Clean sheets are always a good start, but we want to build on everything we’re doing at the moment.”

Marco Silvas Fulham will certainly be no pushovers, but the possible absence of star striker Aleksandar Mitrovic could provide the perfect opportunity for Moyes to get the run of results seriously up and running.