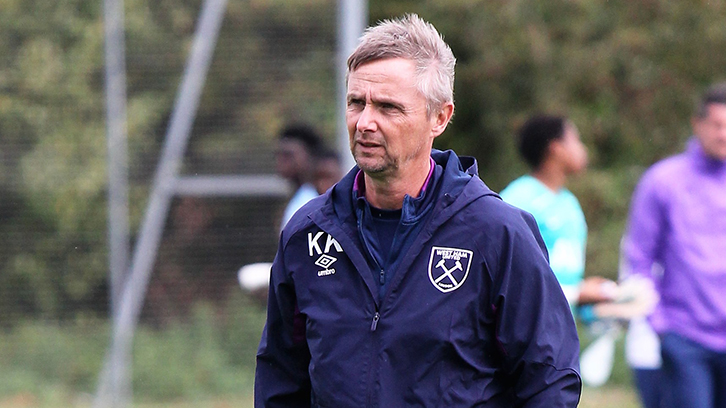 There are now only a few tickets remaining for the Pre-Match Event on Saturday with former player and Academy coach Kevin Keen as special guest.

Keen, who works at the club, will be giving his insights on the season so far and the current struggles we are going through in a disappointing campaign so far.

The event will be from 11am-2pm (with an open bar!) allowing plenty of time to get to the game.

O’Neils is a 5-minute walk from Leytonstone station which is 2 stops away from Stratford on the Central Line. The venue also has adequate parking if you wish to drive and leave your car there or drive onto the game. The venue is kitted out in West Ham kits, posters and memorabilia. There are screen showing classic West Ham games and goals. We have DJ Pulse on the decks (Dave Walker) and it is all you can drink on selected alcoholic drinks. The feedback we have received for each event has been amazing and I am sure this will be the case again.

Kevin Keen has been involved in the club during many different eras and in many different roles. Keen came through the academy and made his debut for the club in 1983 going on to make 219 league appearances and scoring 21 goals before moving to Wolves in 1993.

Kevin returned to the club as first team coach under Alan Pardew and kept the role until 2011 working under managers Curbishley, Zola and Grant as well as being caretaker manager on three occasions during this time. After he left, he went to Liverpool under Kenny Dalglish and also worked at Reading, Colchester, Crystal Palace and Southend before returning to West Ham in 2019. He is currently our Under 18s manager.

We are also delighted to confirm that up-and-coming band Harry and the Chicks will also be performing live at the event. The lead singer is a massive West Ham fan, as are the rest of the band and we will close with a rendition of Bubbles.

Our location is O’Neill’s in Leytonstone which is a spacious, comfortable venue that has a state-of-the-art sound system and a large projector showing footage of classic games and goals. . For those driving to this event, there is also a generous amount of parking spaces available at no cost and the venue is easily accessible from the A12, M11 and M25.

If you would like to sponsor the event please get in touch too or to become a Patreon where you get many exciting features but also £5 off the event ticket, when it only costs £5 a month to join.