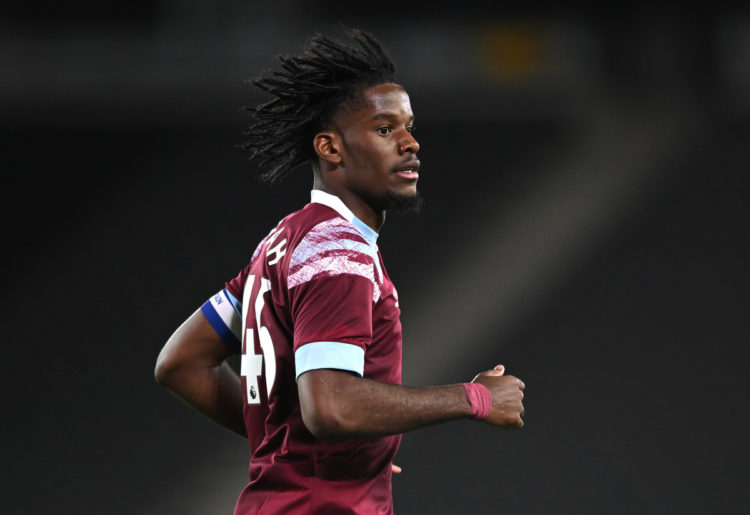 West Ham U21 star and huge prospect Pierre Ekwah is set to depart the club on loan with many clubs eager to land his signature.

ExWHUEmployee reported this week on The West Ham Way Podcast that the highly rated defensive midfielder is set to be given a chance to seek regular first team football to help his progress to make it to the Hammers senior squad.

Ekwah, who joined the club from Chelsea back in the summer of 2021, has gained a lot of attention behind the scenes at West Ham with many hopeful he can continue to develop to the very top.

Ex stated that there a lot of clubs vying to get a deal agreed with West Ham this January, including a few from abroad, however the club will be careful in their selection to make sure the player will gain enough playing time and valuable experience as he continues his development.

Ekwah has already caused a stir amongst all associated with the club having produced some excellent displays in pre-season with the first team, with many hoping he could one day follow in the footsteps of fellow defensive midfielder and captain Declan Rice, who also was previously at Chelsea.

The West Ham Way will keep fans up to date on the situation on the Frenchmans impending loan move, with Ex providing first as always on our Patreon.