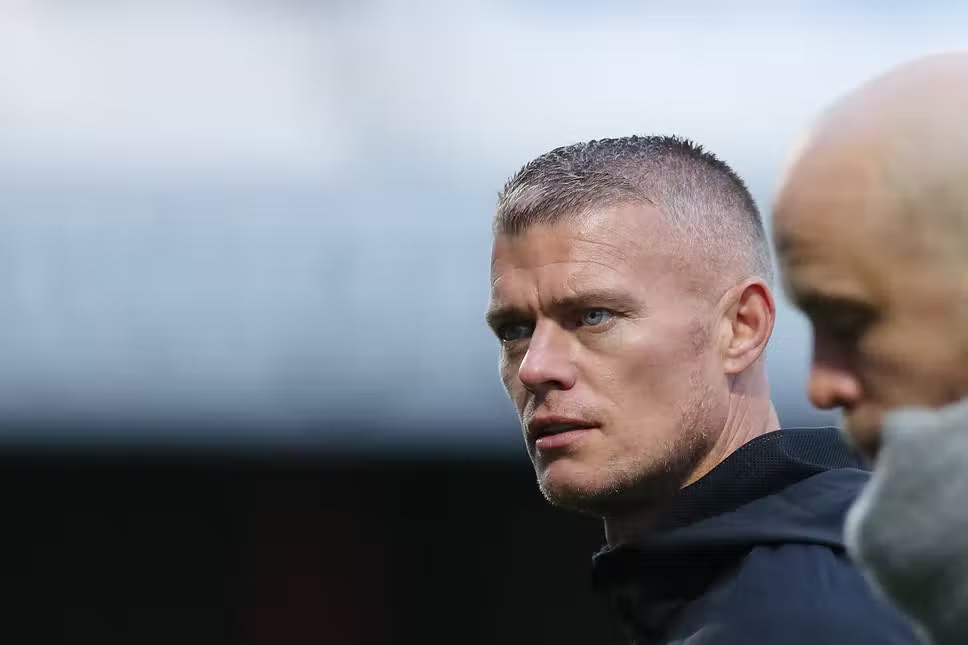 “Massive derby. I wasn’t sure if they knew what it (West Ham vs Tottenham) was and what it meant. But they’ve shown me that it means a lot to the girls in there. A fantastic result. A fantastic win. I’m proud of every one of them,” he said.

But it wasn’t all easy going. The Hammers boss had to earn his paycheck after a first-half display when his team had their backs to the ropes.

The icy-cold conditions contrasted with the heat of a London derby – and it was the hosts who had started much the better. Only heroic defending from Grace Fisk and Hawa Cissoko, blocking the ball in several frenzied games of pinball around the penalty area, kept the scores level.

And yet the Hammers nearly had a somewhat fortunate half-time lead, only for the ever-reliable Dagny Brynjarsdottir to uncharacteristically fluff her lines from the penalty spot.

“It’s a shame for Dagny as she doesn’t miss a lot of penalties, but it happens. We’ve seen it in the World Cup. But she didn’t let it affect her,” said Konchesky.

There was little time to reflect on that setback though. During the break Konchesky made critical changes to try and seize control of the game, changes which reaped immediate rewards when Brynjarsdottir drove home the opener.

“I changed the shape a little bit in the second half. And we came out all guns blazing, “ he said. “We got that early goal and I was pleased that Dagny scored it. She deserved it.”

After that, the Hammers were dominant. Though when the second goal did arrive, it came from an unusual source. With just seven minutes to go, the vocal travelling contingent looked on in disbelief as Hawa Cissoko powered forward to lead an unlikely counter attack. And the Hammers boss shared their concerns.

“My first initial thought – and I shouted out: ‘Where are you going, Hawa?’” he said. “But then when Viviane (Asseyi) turned round and it was 2v2, I was pleased it was Hawa because she’s she’s got the legs to get forward. I thought her touch was too big. But the keeper stayed there and I’m thinking she’s going to slot it to Thea (Kyvag) or sidefoot it. I didn’t think she’d chip it. For Hawa, it was excellent. I thought she was fantastic at the other end as well, defending the box, along with the back four and goalie.”

The result leaves West Ham Women fifth in the table at the festive break, a tremendous team effort for a club that has never finished higher than 7th in the WSL standings. But Konchesky isn’t resting on his laurels, particularly with a tricky set of fixtures looming in the New Year.

“There have been ups and downs. We probably could have picked up more points to be honest. But I’m proud of every one of the players, proud of my staff and what we’ve shown for this first part of the season. We’ve got a tough start back in January, but we’ll be ready to go.”