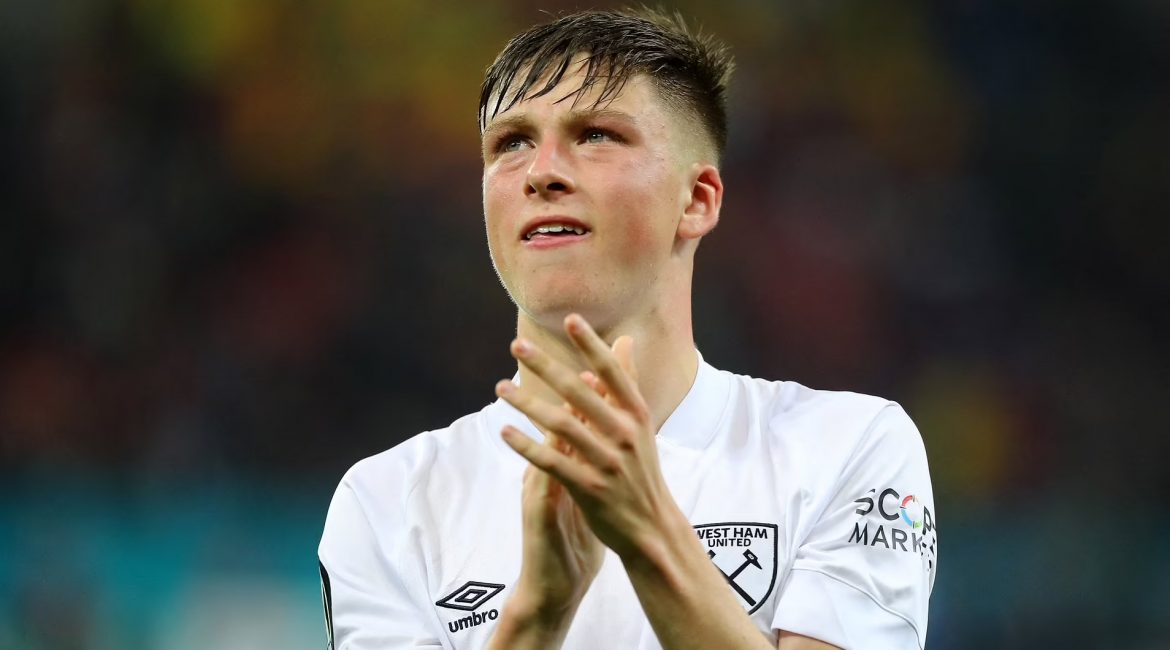 Sid Lambert gives his thoughts after Ollie Scarles celebrated his 17th birthday by signing his first professional contract with West Ham United. Seeing a young man take his first steps into elite sport is a proud moment for friends and family, club and coaching staff. Hopefully it’s the start of a long career in Claret & Blue.

Reaching the top level of any sport demands sacrifice.

For the families, it’s the hours spent on motorways driving to and from training schools. It’s the mornings and afternoons spent shuffling on sidelines in extreme weather. And it’s the costs, the exorbitant costs, of keeping your child clothed in the right clobber. Whether it’s Copas, Kings or Tiempos, football fashion certainly doesn’t come cheap.

Then there are the staff. Not just those highly-qualified coaches at the club who work tirelessly to help young players fulfil their potential. But the volunteers running youth sides, the parents putting up the nets on Sunday mornings, the dads huffing and puffing as emergency linesmen.

And then there’s the player. From a young age, probably too young, you have to make choices about your future. Those choices mean less trips to the cinema scoffing Coke and popcorn. They mean going to less birthday parties (because there’s always a game to get to). And, unfortunately, that may mean less friendships too. Football, especially at the top level, demands a laser focus. Taking your eye off the ball – literally and figuratively – could have consequences for your career.

On Monday, all those sacrifices were made worthwhile for Ollie Scarles. The prodigiously talented teenager signed on the dotted line as a fully-fledged professional footballer. A Premier League footballer no less. Everyone who knows him will have had a smile on their face. And rightly so.

And yet, in some respects, the hard work really starts now. Scarles has already achieved something many young players of his age haven’t: a first-team appearance. And a very good one too. The midfielder showed enough in that Conference League outing in Bucharest to suggest he has the ability to carve out a career in this most ruthless of professions.

But ability won’t always be enough. Football is a hard, hard business – particularly for young players. For every jewel like Jude Bellingham, there are hundreds of thousands striving to shine. Even Declan Rice, already a West Ham legend and a sure bet for future England captain, wasn’t always guaranteed to make the cut during his youth team tenure.

To make it you need to strain every sinew, and you also need luck on your side. You’ll need luck that your body will hold up to the rigours of the professional game.

You’ll need luck in making the right decisions. When people see success, someone will smell an opportunity. There won’t be a shortage of voices offering untold riches in return for their 10%.

And you’ll need luck to have a gaffer that believes in you, that allows you to make mistakes. There aren’t many football managers – who have the same job security as a deckchair salesman on the Titanic – out there happy to throw youngsters into the first team. You’ll need to earn their trust and learn from those mistakes – which are an inevitable consequence of youth – quickly.

One thing you won’t be short of is encouragement. There’s something special about seeing a young player come through the ranks at this club. When I was at primary school, I worshipped Tony Cottee and dreamt of one day treading in his footsteps. Sadly, I soon realised that there wasn’t going to be a queue of scouts for a jobbing right-back who hoofed the ball into Row Z (though if Lionel Scaloni had done the same, we’d have an FA Cup in our trophy cabinet). In my teenage years, there was always a special connection with the likes of Stuart Slater and Joe Cole, vicariously living out my own football fantasies through their vastly superior talents.

Then as I got older and had kids myself, the dynamic changed. I began to feel like a proud parent every time a new player from the Claret & Blue family set foot on a pitch. These days I celebrate their successes, and even endure their failures, like one of those familiar faces shuffling on the sidelines, crossing my fingers that they do well.

So, be proud of how far you’ve come, Ollie. And good luck for wherever you’re going next. We’re right behind you.