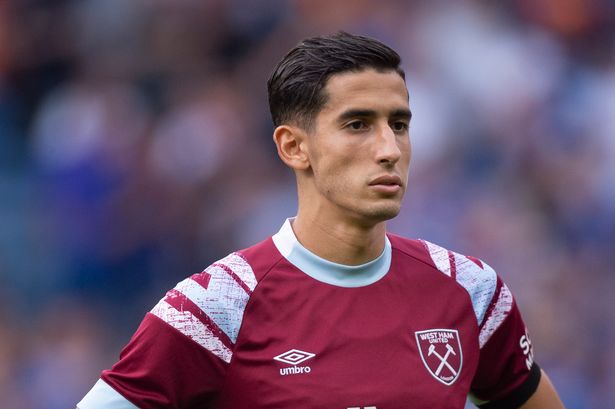 There is positive news surrounding the injury recovery of West Ham and Morocco defender Nayef Aguerd ahead of the return of Premier League football.

Our Hammers are back in domestic action in just 8 days time, with a trip to league leaders Arsenal awaiting in what is a crucial period for David Moyes as club manager.

The Scot is under mammoth pressure to turn around a so far underwhelming season, and as reported by The West Ham Way, he needs to deliver a turn of performances and results fast once we restart on Boxing Day.

One key issue this season for Moyes has been the absence of summer signing Nayef Aguerd, who sustained a bad ankle injury in pre-season which resulted in the defender missing the opening months of the campaign.

Aguerd though has looked impressive upon his return, especially in the World Cup for Morocco. However, fears amongst Hammers fans were realised when he was forced off with injury in his nations victory over Spain on 6th December.

ExWHUEmployee reported soon after that the thigh strain sustained would keep the defender sidelined for 1-3 weeks, and there was concern within the club that Morocco would rush him back to face France in the semi final round.

Aguerd was initially named in the side however was withdrawn late, however it was revealed that this was due to the effects of flu.

The Moroccan was then again named in the squad as an unused substitute in his sides 3rd place tie against Croatia, which they went on to lose 2-1.

There is now growing hope that Aguerd will be fit and possibly available to face Arsenal on 26th December, although this is not going to be confirmed until West Ham carry out an assessment on the player once he returns to England.

Speaking on Patreon, Ex highlighted that despite the positive outlook injury wise, there is a concern surrounding his lack of training with West Ham in recent weeks.

“The only problem is he will not have trained with the squad for the match, as each World Cup player has apparently been given 10 days off when they return,” stated Ex

“If this is the case he won’t have trained with his club mates for over a month and if he plays on Saturday the 10 days will go beyond the Arsenal game. The club however are expected to ask Aguerd to be available for the match, should the injury not reoccur.”

Also touching on the upcoming January transfer window, Ex stated that the club could look to at the centre back area with injury concerns and possible future departures on the horizon.

“There is a chance that West Ham could explore a move for a centre back in the window,” added Ex.

“This is due to the ongoing situation with Craig Dawson and the injury uncertainly of Kurt Zouma. Michael Keane of Everton is someone who may tempt us with a possible loan move.”