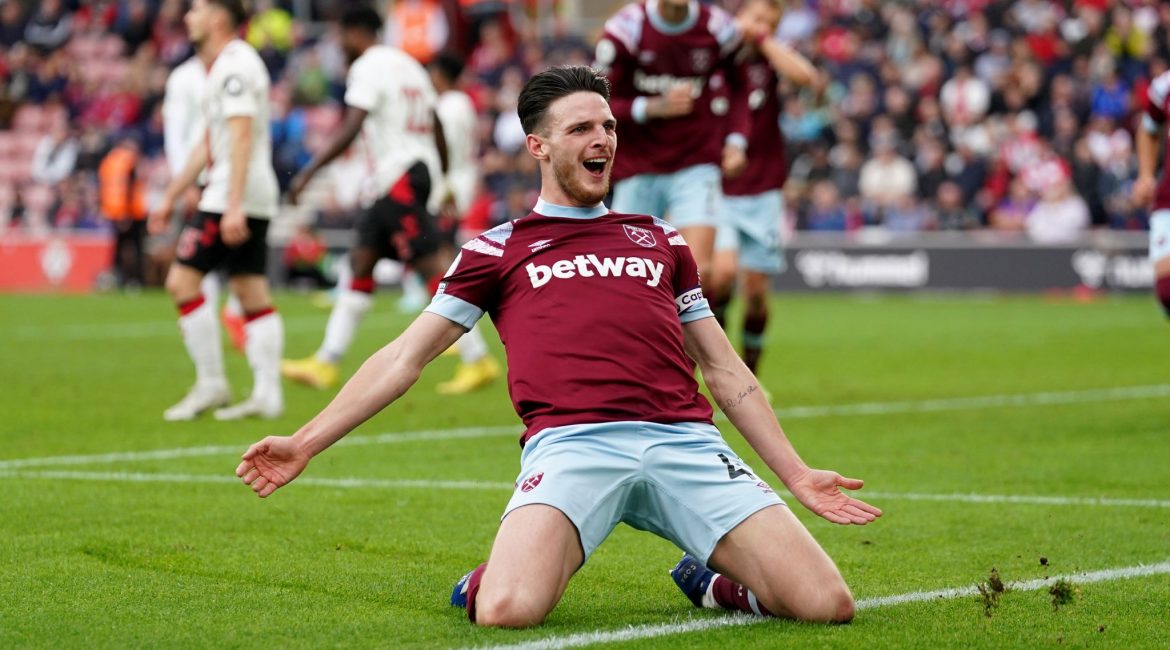 West Ham captain Declan Rice has spoken of his excitement at being back in East London ahead of our clash with Arsenal on Boxing Day.

The England midfielder has returned to Rush Green having been away with England for the World Cup in Qatar, for which Gareth Southgates side made the quarter-finals until being knocked out by finalists France.

Attention now turns back to domestic duties as West Ham look to turn around a so-far below par season which sees us currently sit in 16th place – just a point off the relegation zone.

Rice though is ready to lead his team and this starts with the daunting London derby trip to face league leaders Arsenal in what is a crucial match for David Moyes and his players.

Moyes is under considerable pressure and needs to turn form and results around fast. However there are no sign of nerves from Rice who took to social media to express his delight in being back in the claret & blue.

“Buzzing to be back,” stated Rice. “Can’t wait for Boxing Day!”

Buzzing to be back! Can’t wait for Boxing Day⚒️ https://t.co/KGUXfxlC8M

Rice is expected to be in the starting lineup for the London derby along with Lucas Paqueta, who has also returned to training ahead of an important run of games which West Ham simply have to deliver and get much needed points on the board.