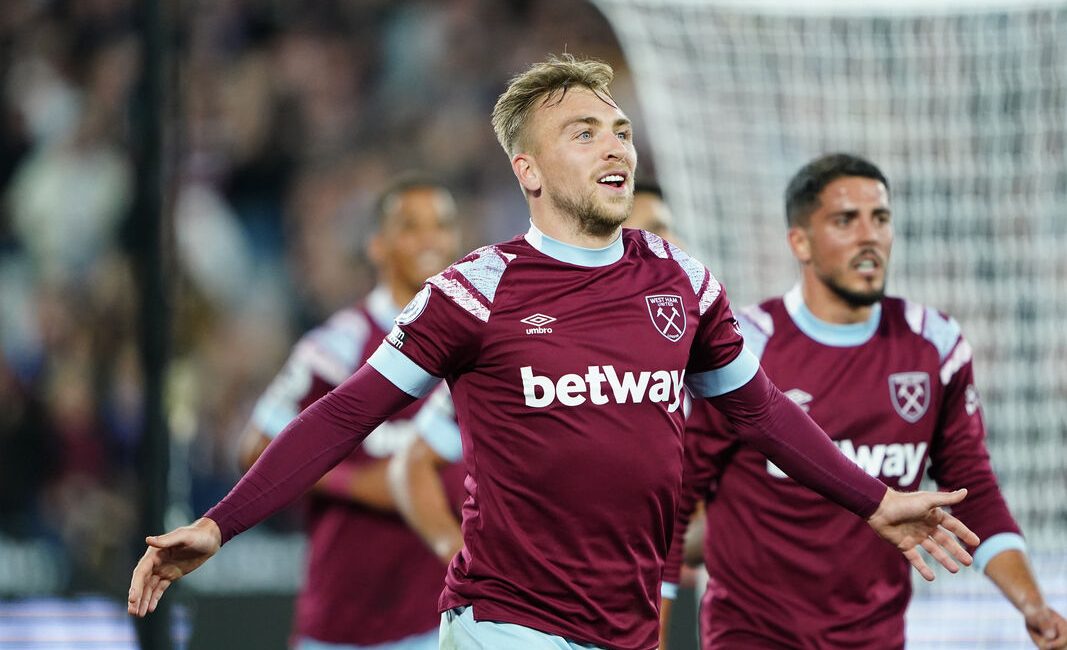 Jarrod Bowen has called on his teammates to continue to battle at the levels needed now following a gritty draw with Leeds in midweek.

Our Hammers came away with a valuable point from Elland Road, although it will be seen as 2 points dropped having lead 2-1 despite coming back well from behind.

It was a performance that showcased an element of our game that has been absent for some time; fight. West Ham have too often been a soft touch this season and have crumbled. Despite conceding a lead to the hosts on Wednesday night, David Moyes side showed character and toughness to put to end a terrible losing run.

Bowen, who produced a lively and determined performance, acknowledged that although the players are disappointed not to have won the game, the performance was one to take a lot from as we head into a busy few weeks where points must be taken.

“We’ve got really good games – good challenges – coming up now,” Bowen told the clubs Official Website. “That endeavour and that work rate; we can’t fall below that.”

The England midfielder also feels that the players need to be more confident and take the game to the opponents, especially when ahead. A lack of confidence is certainly evident but the performance at Leeds will give hope that a corner might well be turning.

“I think we do need to look at ourselves a bit in that when we do take the lead,” added Bowen. “We perhaps settle with that rather than going on.

“Of course, we don’t want to leave ourselves too open and be vulnerable, but at the same time I think the game was there to be won. You can look at it in two different ways. It’s a point after the results we’ve had, but it’s probably two points dropped as well.”

West Ham face Brentford this weekend in the FA Cup, taking the pressures off the Premier League for a weekend to provide David Moyes a perfect opportunity to inject more confidence into the side.