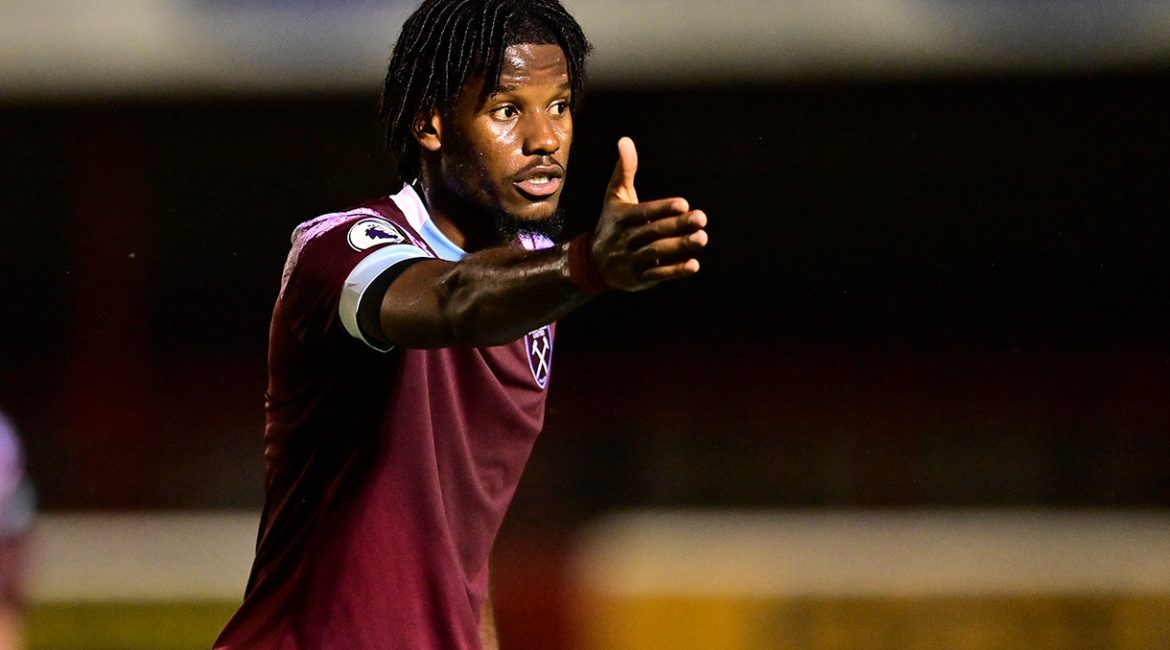 The West Ham Way can reveal that Academy star Pierre Ekwah, who the club signed from Chelsea in 2021 is set to depart, as reported by ExWHUEmployee.

Ekwah, who the club had high hopes for having made a positive impact in his first season with the Hammers Academy, has failed to progress as hoped and now West Ham are looking to cash in with various clubs eager to capture his signature.

Speaking on The West Ham Way Podcast, Ex exclusively revealed that MK Dons and Sunderland are the front runners, with former Academy star Aji Alese recommending his former teammate to the Black Cats, although they’ll face a battle to land the defensive midfielder.

Ex also revealed on the show that Thierry Nevers has returned from Newport County and has since moved on to Bradford City – which has now been reported elsewhere.

West Ham will be hoping to the move to Bradford will enable the winger to gain valuable experience in the first team in League 2 to continue his progression.

As always, ExWHUEmployee will keep fans posted on all transfer news on Patreon first and foremost.