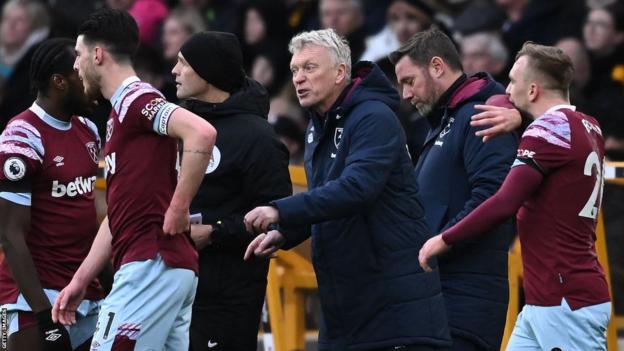 West Ham today face Everton in a huge must-win encounter at the bottom of the table, with pressure on David Moyes mounting.

It has to-date been a poor season for our Hammers with the club sitting in the bottom 3 at the half way mark, on just a mere 15 points.

There are now big question marks over the long term future of Moyes, as can be said for his counterpart Frank Lampard today with Everton also struggling.

Moyes is set to include Danny Ings in his squad today having signed the striker from Aston Villa before the deadline yesterday.

Max Cornet and Gianluca Scamacca are not available, with concerns that Scamacca could be set for a spell on the sidelines with a knee injury.

Craig Dawson won’t feature as he nears a move to Wolves, with the transfer set to be finalised soon.

Lampard is set to be without Nathan Patterson, Michael Keane, Andros Townsend and James Garner, who are all injured.

Todays match kicks off at 3pm and is not being shown on TV.