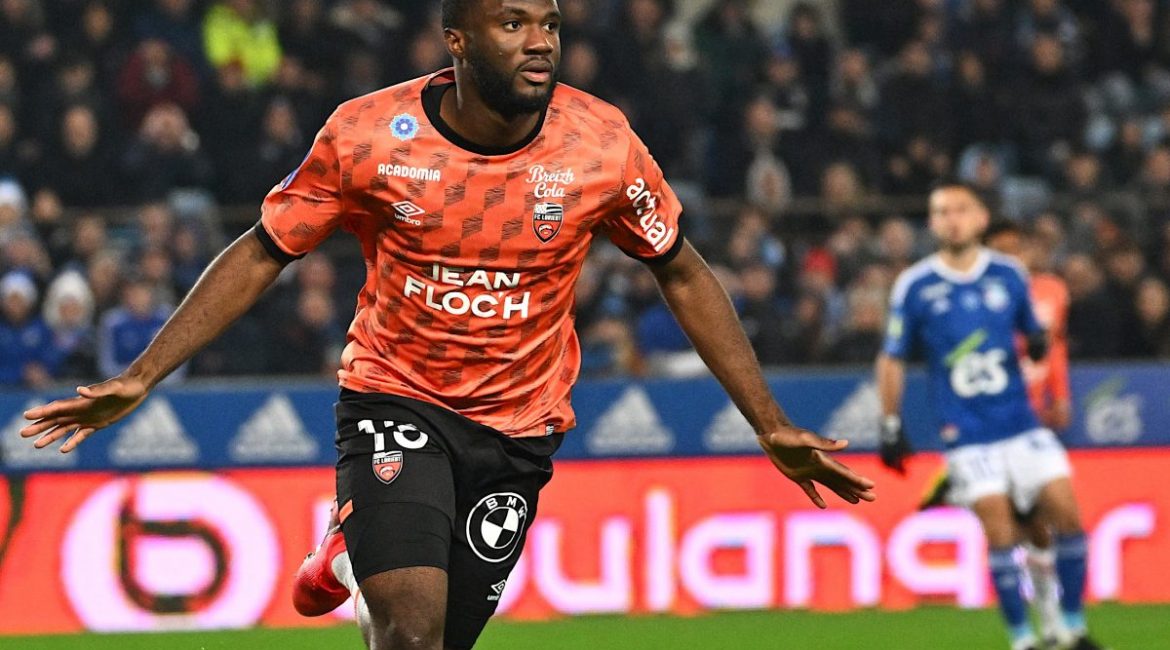 West Ham are continuing efforts to sign Lorient striker Terem Moffi this January, it has been reported by ExWHUEmployee.

As reported exclusively by Ex on The West Ham Way Podcast at the beginning of the January transfer window, Moffi has been identified by the club as a key target as David Moyes looks to turn around a so far woeful campaign.

Moyes’ side currently occupy a place in the relegation zone at the midway point of the season – with the visit of Everton today a crucial match in which West Ham simply have to win to start a revival to escape the bottom end of the table.

West Ham have recruited former Liverpool hitman Danny Ings from Aston Villa, with the player set to make his debut against the Toffees, however the pursuit for additional fire power in Moffi is still very much on.

Ex has reported that the Nigerian international striker is not available for Lorient this weekend, which as been reported as due to ‘illness’, however the belief is that it is actually down to recent speculation over his future with the French club.

Reporting on Patreon, our man-in-the-know says that West Ham are currently joint front runners with Ligue 1 side Nice to land Moffis signature ahead the January transfer window closure in 10 days time.

“Interestingly Terem Moffi has been left out of Lorient’s match this weekend and it has been claimed he is Ill however the likely reason is to do with all the speculation,” stated Ex.

“West Ham and Nice are said to be leading the way with the player favouring staying in France but West Ham hope they can persuade him otherwise despite David Moyes appearing to play down the rumours in his press conference.”

The pursuit of Ings and Moffi has cast doubt over the long term future of Michail Antonio, with the Hammers number 9 seemingly heading towards the exit door having spent over 7 years in East London.

“If he is brought in then Antonio will be allowed to leave,” added Ex. “Chelsea had expressed an interest earlier in the window, as well as Wolves.”