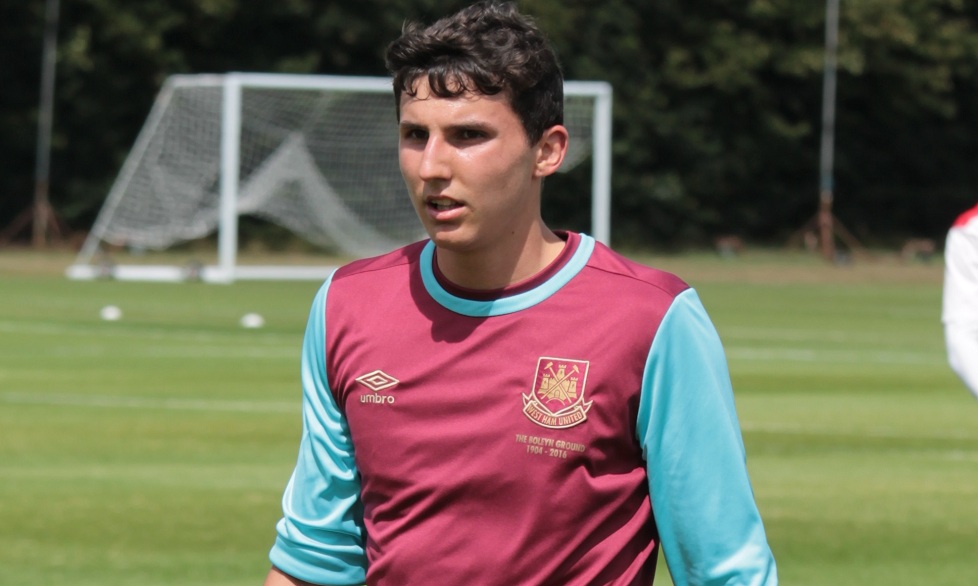 Having impressed during 19 appearances for the U18s, the youngster capped off a successful campaign by signing a new contract with the club he first joined as a five-year-old.

After putting pen to paper, Carter said: “I’m absolutely delighted to have signed my first professional contract, it’s been my dream ever since I started at West Ham.

“It’s a great achievement, I am very proud of myself and my family, I always try to make them proud.
“It’s been 13 years of hard work to get to this point so I am very glad and hopefully there’ll be more to come.”

Reflecting on a breakthrough campaign, Carter further impressed while on Development Squad duty, playing a key part in the Hammers’ 4-1 victory away at Newcastle United.

The east London native rounded off a great personal performance by scoring the Hammers’ fourth goal of the evening with a well-executed lob from distance.

He continued: “Personally I think I had a good season just finished. I was happy to be out on the pitch as I’ve had a few injuries in the past few seasons. Now I’ve been out playing a lot and playing pretty well so I’m happy. I hope that continues into next season.

“I think my major highlight so far at West Ham is making my U21 debut at such a young age, I hope that one day I can make it into the first team and play at the new stadium.

“Obviously, I’ve always dreamt of this moment so I am very happy. A lot of the coaches have been here since I started so it’s nice to come through with them. I’ve also been supported by the new coaches so everyone has really helped me become the player I am today.”

Having recently returned from the Development Squad’s Hong Kong Soccer Sevens campaign which saw them finish runners up for the second consecutive year, Carter is already looking ahead to next term.

And in what promises to be a hugely exciting first year at the club’s fantastic new stadium, Carter finished by setting his sights high: “I haven’t actually been there yet but from what I’ve heard it’s going to be amazing, and I hope I’ll play there plenty of times. 60,000 West Ham fans in one place, I hope one day they cheer my name!

“I’d describe myself as a box-to-box midfielder, I’m more of a No8 than a No4 who just sits. My favourite player is Luka Modric, I think he’s the best midfielder in the world at the moment. I was watching him closely in the Champions League final, he is the player I want to become in the long run.

“Next season I really want to establish myself in the U21s, start every week and hopefully impress Slaven Bilic and get on his radar.”