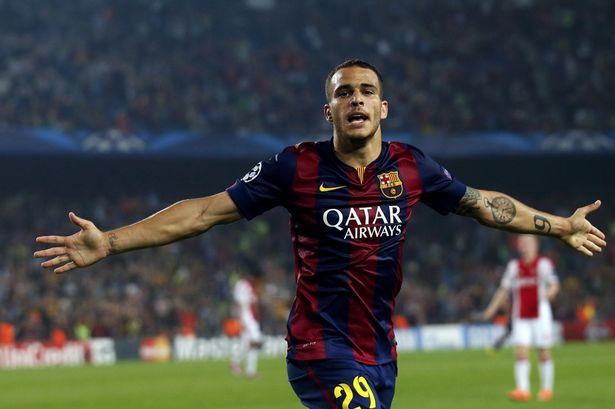 West Ham have reportedly made an offer to Sandro Ramirez according to Spanish source La Opinion de Malaga.

The Spanish source claims that Sandro is available on a free transfer following his release from Barcelona, and although the Hammers will face competition from Besiktas, Galatasaray and Malaga for his signature, West Ham are believed to be the frontrunners because of their financial muscle.

The Hammers had reportedly enquired into the availability of the striker in May.

Sandro was under contract for another season with the Catalan giants and had an option to extend that by an extra year, but Barcelona declined the option and are willing to release him.

Soon to turn 21, Sandro’s promising Barcelona career hasn’t worked out as well as he had hoped. He scored just three goals last season, all in the Copa Del Rey, and with places in the match-day squad highly contested, he will leave the Spanish giants.

Sandro has been capped by Spain at Junior level from U17-U21 and has scored 12 goals for his country.

If he joins the Hammers this Summer he’ll be the second young Spanish striker to join the ranks after the Hammers signed Anthony Martinez from Valencia.