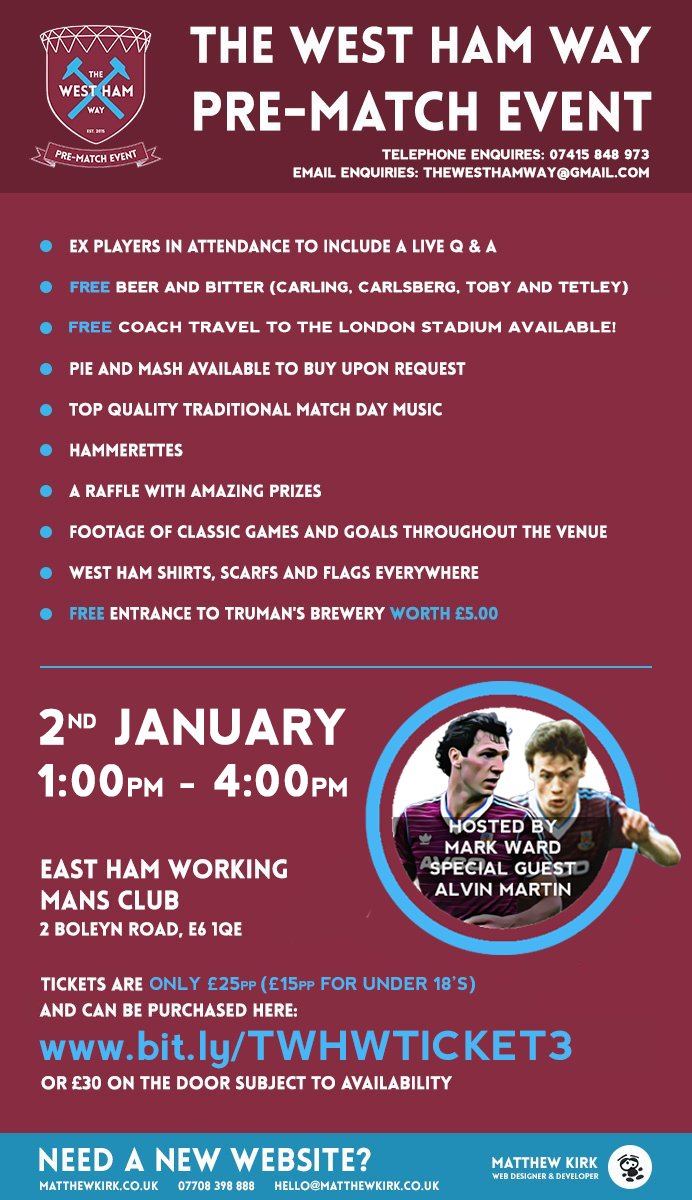 Following the success of Frank McAvennie and Stuart Slater in previous events we are delighted to announce club legend and England international Alvin Martin as our next guest.  The event will take place on the 2nd of January at the East Ham working man’s club from 1pm-4pm.  We are expecting a lot of scouse wit and banter from our host Mark Ward and Alvin.  We have received nothing but positive feedback from both events and due to the rate at which these tickets are selling we are expecting a sell out.   We have secured a number of top prizes for the raffle too which would be worth attending for alone.  Our beautiful Hammerettes Bekka and Daisy will be selling these tickets before the game.  As our reputation grows we have more and more people wanting to attend and we are delighted to announce that West Ham fans and professional boxers Sammy McNess and Mitchel Smith will be in attendance too.

We have free beer (Carling and Carlsberg) and free bitter (Tetley and Toby) with other alcoholic drinks available to buy at great prizes.  Soft drinks are also free.  Coaches to the London Stadium are also included and drop you much closer to the ground than you can get when travelling by train.

The West Ham family feel and atmosphere is something that is no replicated in soulless Stratford.  If you have not attended an event before we think you will be pleasantly surprised!!

Get you tickets here:  bit.ly/2hewqo4