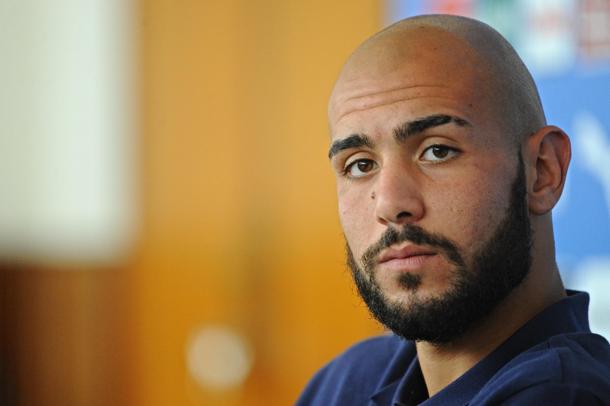 The Juventus striker arrived on loan at the London Stadium in August with a view to a permanent £17m deal. Zaza, 25, made 11 appearances in all competitions for West Ham, but failed to register a single goal during his lacklustre four-month spell.

He recently joined Valencia for the remainder of the season, but has reflected on his time at West Ham, and says he didn’t think so much could have gone wrong. Zaza told Gazzetta dello Sport: “Once I realised that I needed to leave Juve I decided to try an adventure abroad. “West Ham was one of the teams that I wanted the most. But quickly I didn’t feel great in so many ways – environment, culture, training, nutrition. I’m not being a victim, I know that plying your trade as a footballer allows you to earn so much. I’m just trying to explain the causes of my failure. I knew I would find some difficulties, but I did not think there could be so many. I do not blame anyone, 99 per cent of it’s my fault because I was not able to adapt.”

“I was sure that I’d make it but it was probably because I’m set in my ways. I’m attached to my habits, my things, my points of reference otherwise I’m lost and I can’t find myself. I was not good physically. I had been through pre-season with Juventus so I was OK. When I got there I found a different method of training. You exercise less, sometimes the sessions last 40 minutes and almost immediately I didn’t feel good.”

“I need to train more, for someone to kick my ass. The problem is that on Sunday other people went to a thousand percent. Not me. I wanted to do things that come naturally when I’m playing well and I could not do them. And I became crazy. What went wrong? I’ve been wondering myself because my story says that I have always done everything to reverse difficult situations. Maybe in London I was thinking too much. And maybe this different personal attitude ended up being counter-productive.”