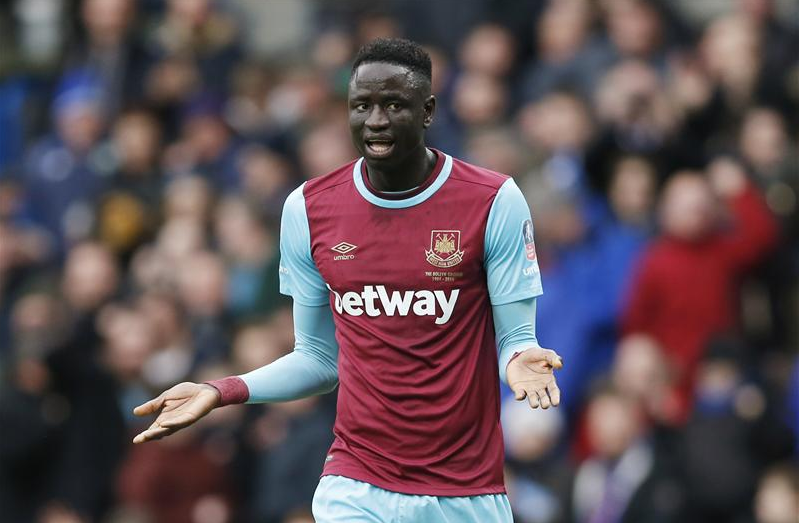 Much of the recent debate on the future of Bilic seems to have revolved around his insistence to play Kouyate at right back. I thought I’d look at a few other areas of the pitch that raise questions:

Bilic has understandably taken a lot of heat for continually playing players who are not (and never will be) right backs, at right back. Whatever you’re opinion on Noble or Kouyate starting in the middle with Obiang, I think it is safe to say that judging Kouyate as a better right back than Byram is baffling.

Without wanting to jump on the #Bilicout bandwagon, I find his use of Antonio and Lanzini even more concerning. Clearly they are our best players, biggest financial assets, and individuals that we need to keep happy.

I am not having Lanzini as a left-winger of a midfield 4. He is wasted out there and so much more influential in the middle of the park nearer the striker.

As for Antonio, the poor bloke has been in more positions than a porn star. The right back experiment was a disaster and I think it took him a while to regain his confidence after it. Since then he has been shunted around from striker to right wing, ring wing-back, left wing, left wing-back and now playing off Andy Carroll. For me his best position is on the right-hand side of a 3 behind a striker. He is so dangerous when running the channels and running at defenders with the ball, and it is criminal that we don’t utilise it more.

Worst of all – Sofiane Feghouli is the man in possession of the right-hand side berth. Luckily we haven’t had to see much of Tore due his injury, but personally I don’t understand why Feghouli doesn’t get the same amount of ridicule for his performances. Shocking footballer completely unsuited to the Prem.

Looks like the Noble haters have their wish with the skipper picking up an injury that rules him out for Leicester.

It will be interesting to see if Kouyate steps up the plate and performs to the level that most fans seem to think he is capable of.

No doubt that any ‘sideways and backwards passing’ will be deemed ‘solid’ and ‘keeping possession’, while any ‘slowing the game down’ will be him ‘bossing the tempo’ of the game.

As per my previous article on Mark Noble, I think the debate on whether he should be in the starting 11 is an interesting football one.

However I’m continually surprised at just how bitter and nasty a lot of the comments towards Noble are, from ‘fans’ of the club that he also supports.

Sadly I think certain parts of our fanbase are never truly happy unless they are unhappy, and take pleasure in vilifying certain individuals within the club. And in the case of Mark Noble, it seems that his commitment to the club is something which is being used against him.

Personally I always look towards the attitude of our away fans as a better gauge of fan opinion than social media. And I’m pretty sure that as and when Mark Noble is made a substitute, and goes to warm up in front of the claret and blue army, they will show him the love that I think he deserves.