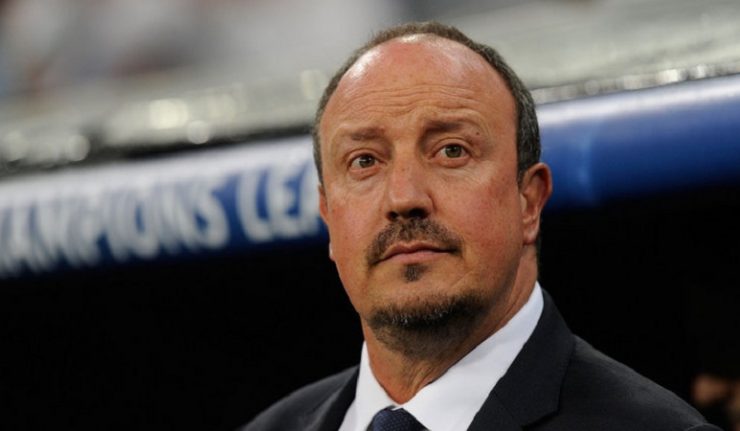 So we are safe and I’m sure we all breathed a collective sigh of relief and punched the air  when Tom Davies equalised for Everton.  Watching the toffees and how dreadful they are made me think about our situation and how the manager is key to the rebuilding of our club.

We need to thank David Moyes and send him on his way, he has achieved what he was asked to do and I’m sure he will now be handsomely paid for that achievement.  He is not the man for us just as Bilic, Allardyce, Grant, Zola etc have not been.

If we are serious about moving to the next level which I class as breaking into the top 8 then we have look for someone who has experience of working at that level and let him build the team from scratch, the man for me is Rafa Benitez but I’m happy to consider anyone who fits the criteria above.

We simply can’t appoint another manager who will give us another season of 12th-20th league positioning, if that’s what we want, why move? I would let the new manager clear the decks of anyone he felt didn’t fit his  blueprint and that means nobody is safe.

For me, the players I would keep in position order are: Defence – Ogbonna, Zabaleta, Rice, Cresswell and Collins.  Midfield – Masuaku (not a defender in my eyes), Fernandes, Obiang, Antonio and Noble.  Strikers – Arnautovic, Carroll and Hernandez.  So that’s 13 spaces in our first team squad not including Martinez, Burke and Cullen but the time is now to cut the dead wood and build from who the new guy wants.  I would sell the rest for whatever we can get, what’s the point in keeping them, they aren’t good enough and all they are is a drain on the wage bill.

Will this happen? I don’t know but I know to have a continually successful business you need to reinvest in your assets (in our case the playing squad) so that your business continues to grow.  Let’s be honest that’s what Gold, Sullivan and Brady see us as, customers and consumers not loyal fans or people and I don’t care whether you have attended once or twice over the last 3 years like me or go every week.  We all matter.

They didn’t buy our club just because they were West Ham fans coming home.  They bought us because they saw potential and an eventual money making business, great it’s the club they love too but it wasn’t s charity donation with no strings attached.