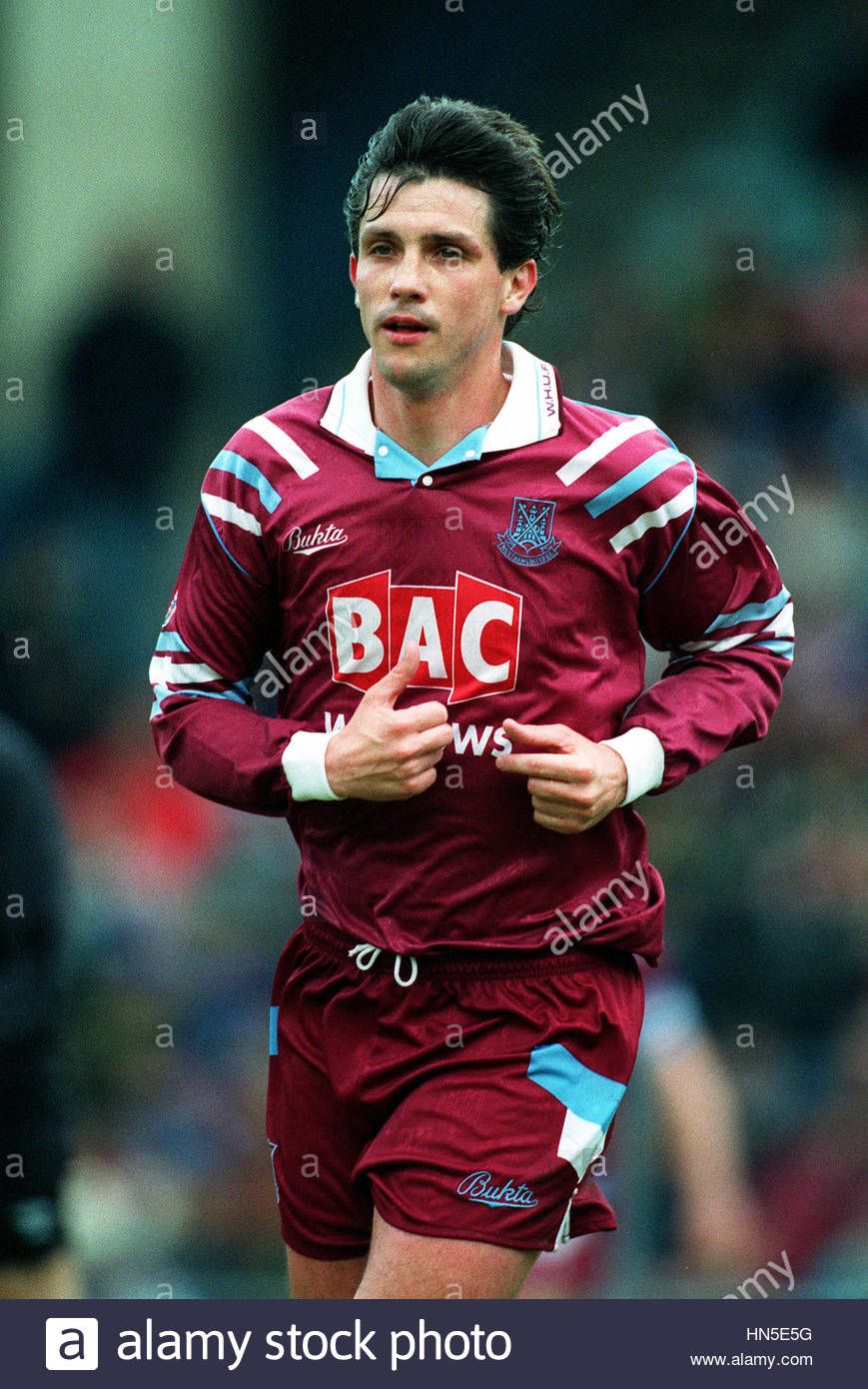 Galey, joined the club in 1984 and went on to make over 300 appearances including playing in the 1986 season alongside Alvin Martin and helping West Ham achieve our greatest ever league position of 3rd.  Tony played under 4 different managers at the club before joining Blackburn in 1994 and winning a Premier League medal with them.  Once he eventually retired from professional football, Tony Gale has become a familiar face on SkySports and a regular co-commentator/pundit. Galey, is a very funny man and some of the stories he tells from his time at the club will have you in stitches.

The event will take place on the 23rd September at the East Ham working man’s club from the earlier time of 9:30am-12:30pm. We are offering this event at a bargain £25 and this event is guaranteed to be a top do.   We have unlimited beer, cider, wine and soft drinks where you are certain to be served much quicker than any bar in Stratford.  You will not get this anywhere else!!

Make sure you don’t miss out and get your tickets here today as this event will sell out: https://www.tickettailor.com/events/thewesthamwayevents/193846

We also have an exciting opportunity if you wish to sponsor the event. PitchDMM are the first company to take up this brilliant advertising package and it has massively boost their business. We now have Balgores Property and Zeelo coach company, both of which have benefited hugely from being involved.  These deals can be discussed by contacting ExWHUEmloyee through twitter, or Dave Walker too.  We also have an email thewesthamway@gmail.com where you can register your interest.