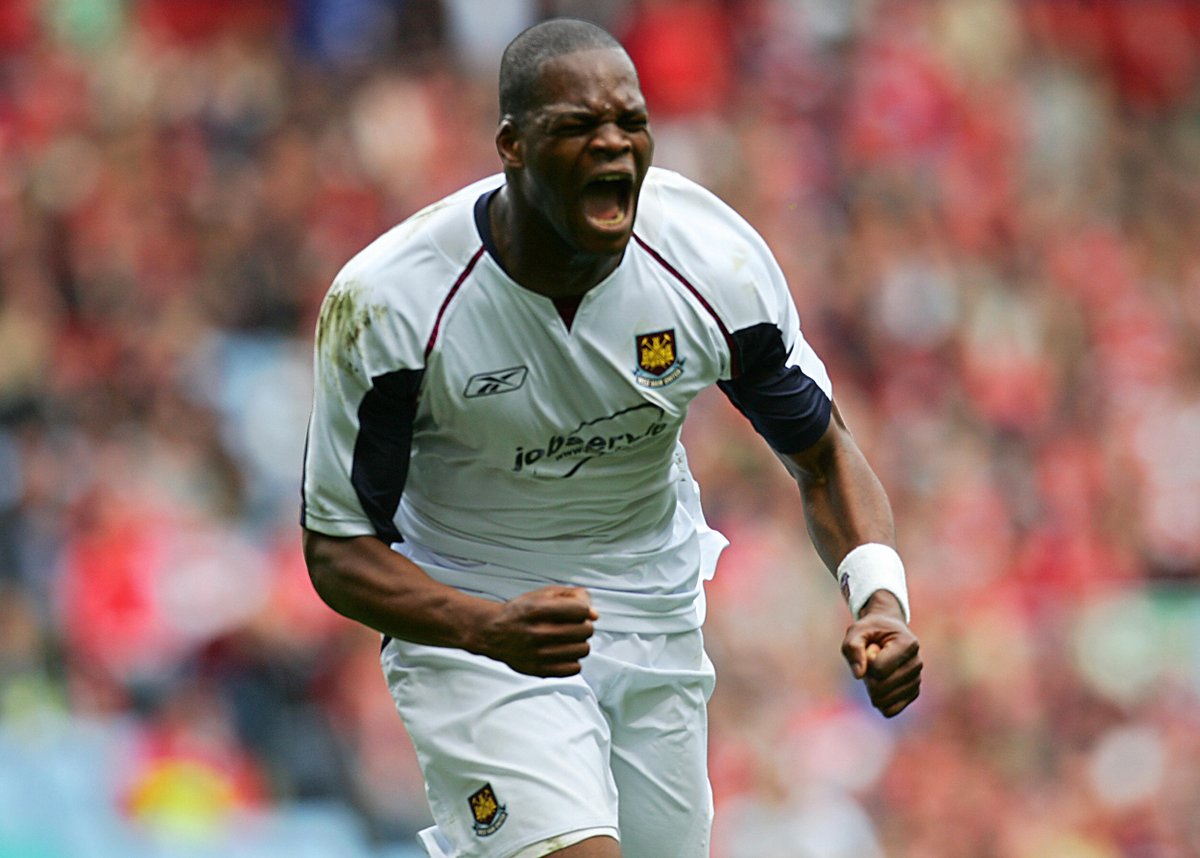 The West Ham Way Pre-Match Event guest for the Wolves game was a sharp dressing and sharp shooting former West Ham striker whose fantastic strike propelled West Ham into the 2006 FA Cup Final – the one and only Marlon Harewood.

Harewood joined the Hammers under Alan Pardew in 2003, and became the top scorer for West Ham in the following season. High-scoring seasons, promotion to the Premier League and a fantastic cup run followed in later years, and highlights of his time included scoring in just 52 seconds against Manchester United, and scoring a late winner against Arsenal, which led to some handbags on the touchline for Alan Pardew and Arsene Wenger. He left the club for Aston Villa in Summer 2007, but has retained a soft spot for the Hammers – and Alan Pardew – ever since.

Harewood is funny, open and doesn’t shy away from our questions – starting with his fondness for the manager that signed him, Alan Pardew. “He loves himself!” laughs Harewood. “I can speak kindly of him – my best times at West Ham were under him. I don’t have a bad word to say about him!”

After Pardew’s departure, Alan Curbishley came into the fold, and it wasn’t quite the same experience for Harewood – nor was it a pleasant experience for the majority of the players, either, particularly as Curbishley’s old-school style of management did not suit the modern game. “He thought he could do what he did back then,” says Harewood, “and he couldn’t. The players didn’t like him.” What followed was an intense dressing room confrontation between the players and the manager – an incident that Harewood describes as “madness – but from that day on, it changed.”

Harewood also had the pleasure of playing with Argentina’s finest, the dynamic and financial repercussion inspiring Carlos Tevez and Javier Mascherano. He laughs when remembering when they signed. “We said, ‘who’s these two coming in? Then they trained with us and we thought ‘actually these two are handy.” Mascherano is now a world class player, but during his time at West Ham he was kept out of the squad by Hayden Mullins – so who was the better player, Mullins or Mascherano?

As well as playing with Tevez, Harewood also spent his time at West Ham playing with current Hammers captain Mark Noble, and the kind-hearted ex-striker has nothing but positive words for his former teammate. “I’m a massive fan of Mark Noble. He’s worked his hardest every time he plays. It’s a hard position, but he still turns out, and gives it his all.”

Harewood is open, engaging and consistently reminds us that he can tell the complete truth about his time at West Ham (including talking about his brief stint pretending to be a painter and decorator while out with the lads), as he’s got “no repercussions now” – but the final question asked of Harewood is the only one which he can’t answer.

Harewood’s asked how he would like to be remembered at the club, and the talkative player goes silent – the words don’t come. It’s obvious that his time at the club is massively important to him, and that he still holds a place for the club and what it means to him in his life.

Fortunately for Marlon, his time at the club was important to us, too – and he’ll be remembered at the club as a player who scored goals, changed games, and cared about the badge on his shirt.

Want more player exclusives, full interviews, and your chance to ask West Ham legends questions? Join us for our next event!