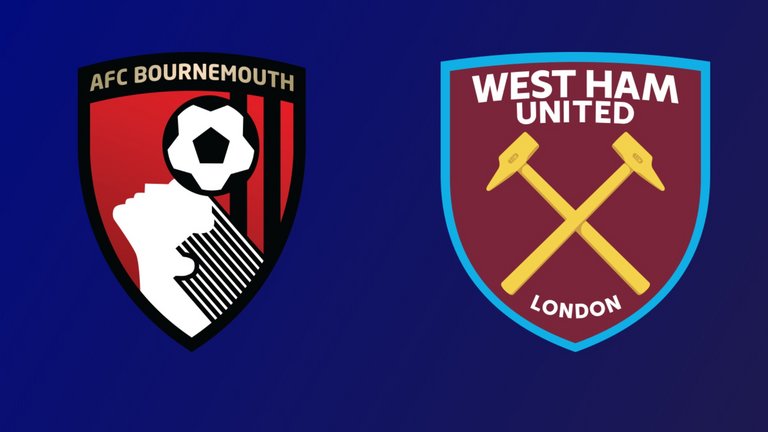 An injury stricken West Ham were roundly beaten by Bournemouth 2:0 at Dean Court in the premier league on Saturday.

Second half goals by Wilson and King were enough to see off West Ham, as the visitors failed to threaten the Bournemouth goal for much of the game.

West Ham went into the fixture having lost just one of their last six away matches, and were looking to build on a successful start to the year. The hammers were without 8 first team players, including star striker Marko Arnautovic who was left out of the side with a big money move to China looking inevitable.

Bournemouth got off to the better start, holding possession well and attacking West Ham’s goal, though without creating any clear cut opportunities.

In the 20th minute, Ake had the ball in the back of West Ham’s net, but the Hammers were saved by the linesman’s flag. Had an offside Wilson not made a move toward goal, West Ham would have found themselves 1:0 down.

It was a scrappy first half, with the best chance for West Ham landing to Nasri as he just shot wide from the edge of the box.

A chorus of applause from Bournemouth and West Ham fans alike was heard in the 31st minute in honour of Bournemouth fan Jamie Bird, who sadly passed away from brain cancer recently.

For a fixture that has always produced goals – West Ham have never failed to score against Bournemouth in the Premier League – neither team tested the goalkeepers in the first half. The second half however, got off to a blistering start.

An early Bournemouth chance was brilliantly denied by Fabianski, before West Ham immediately went up the other side. After Antonio failed to get his foot behind a header back across goal, Carroll somehow managed to hit Row Z from 2 yards out.

The deadlock was broken after 53 minutes, as a good tackle from Diop unfortunately deflected the ball into Wilson’s path on the edge of the box. Wilson kept his composure and blasted an amazing volley into the top corner, leaving Fabianski planted to the spot.

The dynamic of the match then changed. As West Ham began to throw more men forward, Bournemouth sat deep waiting to catch them on the counter.

Bournemouth had a few good chances to catch West Ham on the break and almost had a penalty as Josh King broke through the back line, but Mark Nobles’ last ditch challenge just took the ball out of his feet.

With chances still hard to come by, West Ham then made two substitutions in the 65th minute, with Chicharito and Snodgrass replacing Carroll and Nasri.

Bournemouth continued to hit West Ham on the break, and Calum Wilson hit the post after Fabianski made a finger tip to save to tip his strike onto the post.

Diangana replaced Mark Noble and looked lively as he challenged down the right wing. Disappointingly, West Ham’s first shot on target only came after 79 minutes, as Chicharito had a rare shot from outside the box, which was collected comfortably by Boruc.

West Ham looked to be sorely missing Arnautovic’s incisive runs, and still failed to create any clear cut opportunities as they tried to pressure the Bournemouth goal without success.

Then, just one minute into stoppage time, any chance of a West Ham equaliser was shattered. A quick break by Bournemouth left Josh King with an easy chance to slot the ball into the back of the West Ham net.

The day’s results leave West Ham mid-table in 10th, but more worrying for the Hammers will be the poor performance in front of goal without Arnautovic. Pellegrini will have a big decision on his hands, whether he chooses to keep Arnautovic until the summer or cash in now and avoid the situation damaging the squads’ morale.

West Ham’s next game will be an FA cup match away to Wimbledon next Saturday, and their next Premier League fixture is a mid-week fixture against Wolves on the 29th of January.

Keep checking TheWestHamWay.co.uk fo all the latest on transfers and player injuries.