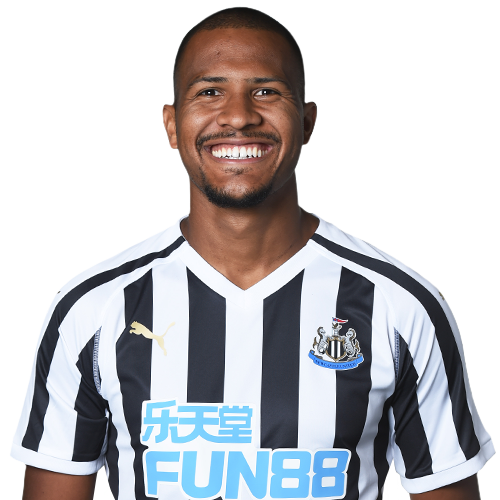 Salomon Rondon is currently back on the books at West Brom after a successful loan spell at Newcastle United last season. He has good Premier League experience making 140 league appearances over 4 seasons with West Brom and Newcastle United. His 11 league goals and 7 assists during his loan spell last season has really put him in the shop window this summer which has attracted interest from West Ham, Wolves, Newcastle as well as sides aboard. West Brom will want to sell him this summer due to him being the highest earner at the club and with a reported release clause and Slav taking over now is the time for them to cash in on him too rebuild their squad.

Rondon first came to European football in 2008 when he signed for Las Palmas after 2 seasons there he earned a move to Malaga. He played in Spain for 4 seasons in total, during this time he worked with our current manager Manuel Pellegrini (at Malaga). Rondon was Pellegrini’s main striker in the season Malaga finished 4th and gained a Champions League spot after previously just missing relegation from La Liga the season before. Rondon beat off competition from an ageing Ruud Van Nistelrooy and was Malaga’s top scorer with 11 goals during this successful time for the club.

Since then Rondon has played in Russia with Rubin Kazan and Zenit where he had good scoring records. He scored 53 goals over 4 seasons in Russia. He then signed for West Brom in 2015. West Ham along with Liverpool at the time were also interested in Rondon but West Brom surprisingly pulled off the deal.

Rondon is best described as your typical Target Man CF who enjoys a 90 minute battle against his opponent. One of Rondon’s main strengths is in the air, he won 146 of his 380 aerial duels last season, only 4 other Strikers won more.

He is strong and comfortable holding the ball up, and intelligent in his use of lay-offs. Something that may shock you is his work rate, he is more than happy to work the channels, chase lost causes and work off the shoulder of the oppositions defenders. Rondon is also not shy of a shot or 89 either, he attempted 89 shots last season for Newcastle, 29 of which hit the target and 3 hitting the post. He also had the 2nd highest amount of shots blocked last season (29).

As well as attacking Rondon is also a very good player to have in the box for defending set pieces, his happy to attack the ball and help his side clear there lines. Rondon made 38 set piece clearances last season which was the second highest for a Striker only bettered by Aleksandar Mitrovic.

An area of Rondon’s game I noticed an improvement on last season was his passing, Rondon made 32 key passes for Newcastle last season getting 7 assists in the process. This is a side of his game that needed work, his decision making wasn’t always the best but I am guessing this is something he has worked on with Rafa last season.

Rondon missed around a month last season with a Thigh Muscle Strain this meant he missed a few games but nothing serious. Over his career he has had a few hamstring issues but again nothing serious that should put us off of any deal for him. His appearance totals  in all seasons his played in have been 30 and above for the last 4 seasons.

I believe Rondon would be a good addition to the squad, I feel with Andy Carroll leaving Rondon is perfect to replace Carroll as our target man type of striker. Manuel Pellegrini wants to have  different types of strikers to affect particular styles of play based on opposition. Rondon although labelled as a target man has a lot more to his game and with the creativity in the side and him working with Pellegrini previously it’s a no brainer.

Depending on other striker signing movements will depend on how big of an impact Rondon can have, I think he’s too good to be sitting on our bench every week so he will definitely be heavily involved even with Arnautovic and another striker (Gomez hopefully) around the squad.

The Newcastle fan base adored him and they would love to have him back, Wolves are also keen as they need to boost their squad this season with Europa League football but I believe if we can agree a deal with WBA Rondon would relish the chance of signing for us and linking up with Pellegrini again.