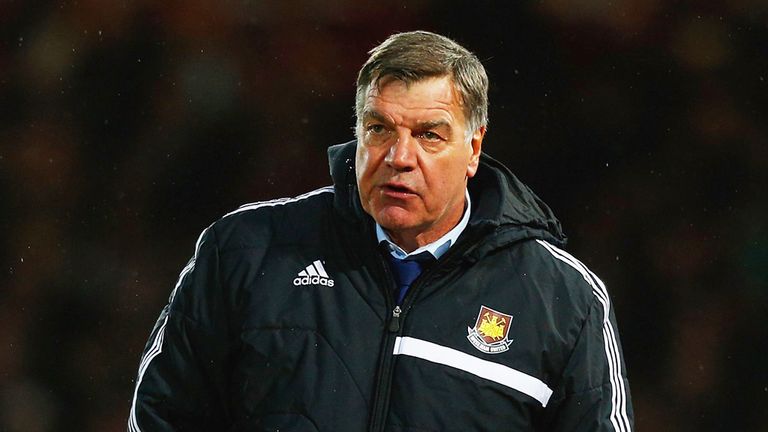 Former manager Sam Allardyce has given praise to the progress made at West Ham in recent seasons, and says the club is now starting to realise it’s potential.

Allardyce, although not the most popular amongst fans, oversaw an incredibly important step in our push to challenge the top clubs, when he took West Ham from the Championship and helped stabilise the club as a solid Premier League side.

Despite leaving the club after 4 years, Big Sam holds no resentment, and has said that he is delighted to see the job that current boss David Moyes is doing.

“I had a good four years – I know that for a fact!” said the former manager.

“Of course in the world of football today, there’s not a lot of patience to build or grow a team and you have to do that with the help of the owners and everybody behind you. And I think that as difficult as it can be sometimes as a manager, we were all pushing in the right direction.

“And that’s why we got where we got – not just the players and the staff I had, but also the future of the new stadium looming, that [joint-Chairmen] David [Gold] and David [Sullivan] understood that they needed a team to go with that stadium, to move into that stadium to entertain what was going to be 60,000 fans turning up every week, you know, and I think they’re getting there.

“They’re having a fantastic season with David [Moyes], who is a big mate of mine, and hopefully he can push on.”

Allardyce also had some kind words to share for the soon to be retired Mark Noble, who played his final home match in the thrilling 2-2 draw with Manchester City on Sunday.

“I remember the talk about him breaking into the side,” said Allardyce. “Of course, West Ham’s reputation for growing young players has always been there, so he was another one on the production line.

“The thing about Nobes is, apart from him going out on loan a couple of times for the experience, he has been at West Ham all his life. And when you get somebody who has done it boy to man, from ten or eleven to 34 or 35, that doesn’t happen very often, and it shows you how passionate he is and why he never moved – because he loves West Ham that much.

“Everybody sees that not just in the way he plays, but if you meet him off the pitch, he just loves West Ham.

“His one great asset for me, and he was a great ally in my four years, was that he wanted to be a winner and he wanted to see the team go forward, and he was right on board with the stuff that we did and he played a big part in it.

“He’s a legend for every West Ham fan to look upon now and when he was asked off the field for a lot of the promotions that were done in the community, he was always first there.

“He would always be at some school and always be going out and meeting the kids, or turning up for presentations with sponsors. He realised his responsibility and I was very pleased to see him not just as a footballer, but as the man that he was.”